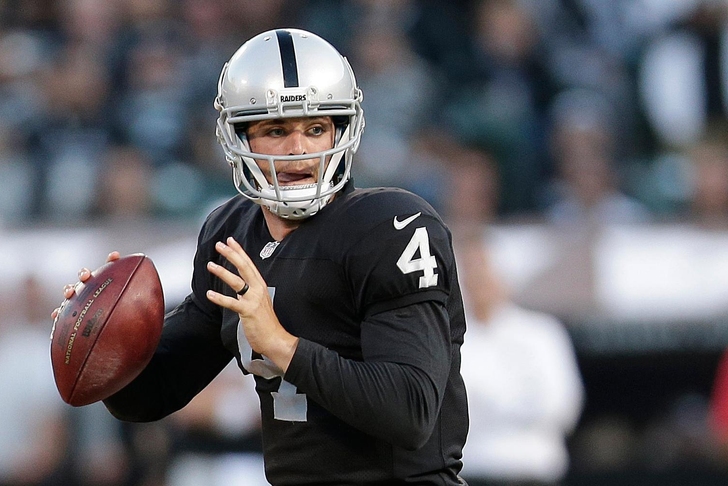 The Oakland Raiders may be 0-5 and playing under their second head coach of the 2014 NFL season, but you can't lay the blame for their struggles at the feet of rookie quarterback Derek Carr.

In fact, Carr is in a middle of a historically impressive start to his NFL career.

Per Pro Football Reference.com (as pointed out by Redditor pikindaguy), Derek Carr has more touchdown passes (8) in his team's opening five games than any other rookie quarterback in any season over the course of NFL history.

Carr has also thrown fewer interceptions (5) than all four of those aforementioned signal callers. Add in the fact that he sits just outside the top-ten in completion percentage (61.08%), and there's plenty to applaud about what Carr has done so far.

Granted this is a very small sample size, but Raiders fans have all the reason in the world to be optimistic about the quarterback position going forward.