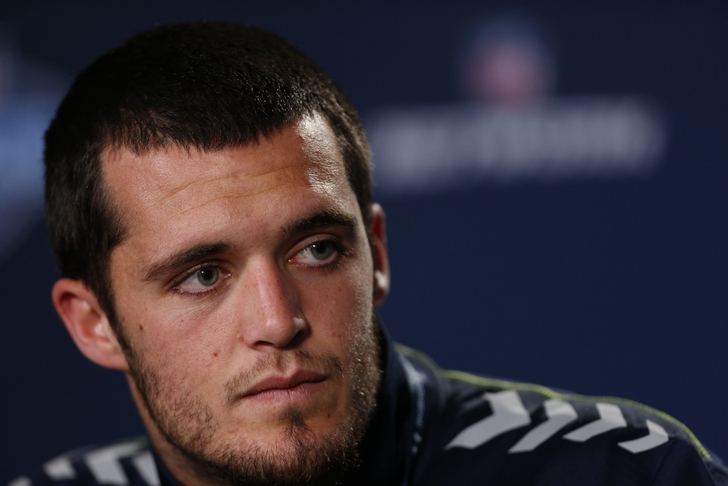 In this Raiders news and rumors bulletin, Oakland Raiders rookie starting quarterback Derek Carr impressed everyone in training camp with his energy and insane dedication to his craft.

Per SFGate.com, Raiders center Stefen Wisniewski was blown away when Carr showed up for the first day of training camp having completely memorized the team's offensive playbook.

“He’s not your typical rookie,” Wisniewski stated, via Vic Tafur's article on Wednesday. “He’s got an NFL quarterback older brother that’s been teaching him for years. He understands defenses at a very advanced level more than most rookies would. I think Derek gets way more prepared than most rookies would be.”

That level of preparation has former Green Bay Packers wide receiver James Jones seeing deja vu in his first year with the Raiders.

“He’s really calm, really cool in the pocket,” Jones said. “He acts like he’s been there before. I’ve been calling him mini A-Rod (Aaron Rodgers) since he got here.”

While Rodgers had the chance to sit behind Brett Favre and learn for the first couple of years of his NFL career, Carr will likely not have such a luxury in Oakland. However, if he continues on the track he's on, the sky could be the limit for one of the most impressive rookies coming out of the 2014 NFL Draft class.

Follow our Oakland Raiders team page for the latest in Raiders news and rumors!