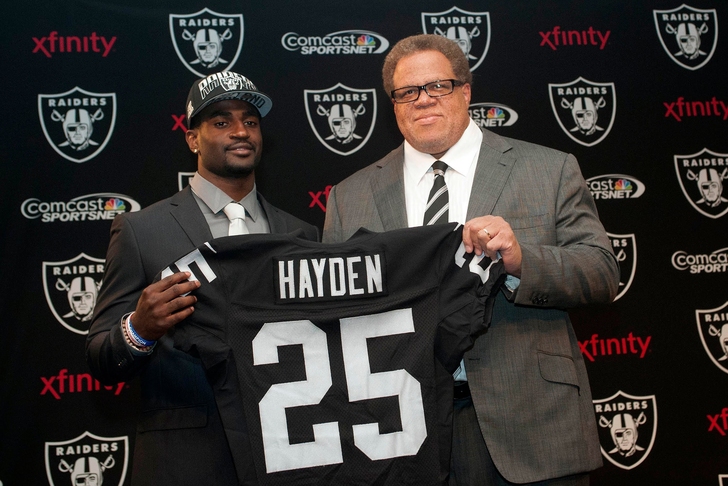 Can't get enough Raiders news? Be sure to download our 5-star iPhone app today!

The coaches are remaining mums on it, but veteran defensive back Charles Woodson has a straightforward message for young cornerback DJ Hayden - it's time to start making plays.

“That’s what the team is looking for out of him,” Woodson said Sunday after Hayden dropped two almost-sure interceptions in Sunday's 30-24 loss to the Seattle Seahawks, via Vic Tafur of SFGate.com.

In a game where the Oakland Raiders nearly took down the defending Super Bowl champions in front of the much-hyped 12th Man in Seattle, one can only speculate what would have happened if Hayden had wrapped his fingers around both of those picks.

Regardless, Woodson was still proud of what Hayden brought to the table on Sunday from a coverage perspective.

“...that was great for him to know that he can play this game, and play it at a high level,” Woodson said.