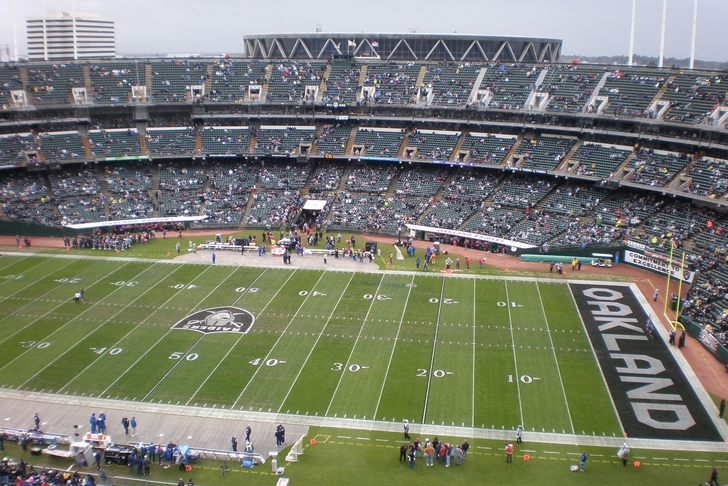 If you want a microcosm of how Raiders news has gone during the 2014 NFL season, look no further than the dead rat that made an appearance in the team's press box at O.Co Coliseum during Sunday's Oakland Raiders/Denver Broncos tilt.

My man Rod Mackey is reporting that there's a dead rat in the Raiders press box. No joke. Love this place!!!

Was odd smell in press box. A rat had expired in row behind me. Given sewage problems I wondered if rat was leader of Mutant Ninja Turtles

This isn't the first time that the O.Co Coliseum has been beset by sanitation issues. The Oakland Athletics' coaching staff was faced with a flood in the dugout last year after both water and sewage backed up into rooms beneath the stadium.

So, if there's one bright spot for the NFL media members that had an "eek, A RAT!" moment today in Oakland, it's that they weren't forced to wear waders at the same time.