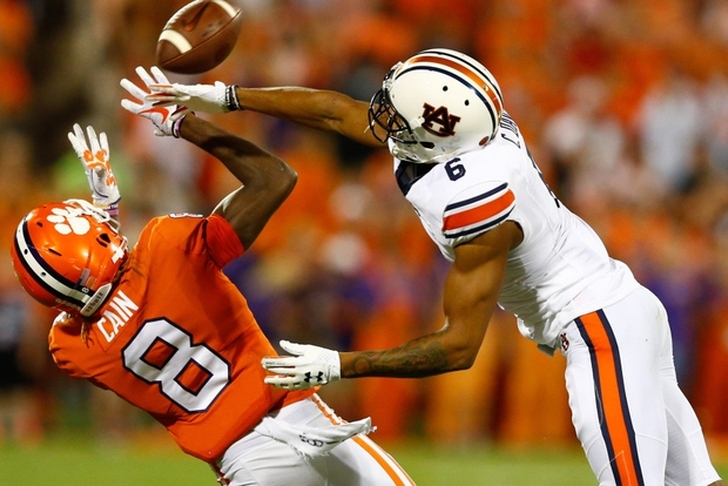 The Oakland Raiders suffered through a disappointing 2017 season, missing the playoffs after making them in 2016. With the news about the Raiders trading for Martavis Bryant hopefully, this means their priority on Day two of the NFL Draft is defensive. Perhaps they target an elite defensive edge rusher instead of a linebacker due to the uncertainty at the position. Here are five players the Raiders could select with pick #41 or #75 of the 2018 NFL Draft:

Oakland added add former 49ers defensive end Tank Carradine to help set the edge in free agency. Carradine is more of a part-time player and seeing Green in the third round may be too hard to pass. His wingspan of 81 inches is incredible like a California Condor and has the length that Bruce Irvin lacks.

The Raiders need to add linebacker depth and Jefferson would be a great fit. Jefferson has all the tools to be a game breaker against both the run and in coverage. Jefferson is finally starting to live to his potential as a dynamic linebacker, leading the Longhorns in tackles, tackles for loss, and sacks in 2017.

The Raiders lost three of their four top cornerbacks a season ago and need to add talent at the position. The cornerback class in this year's draft is very balanced with a ton of depth, which means solid options will be available to the Raiders in round two. Enter Davis, who is a starting-caliber cornerback who was rumored to be a first-round pick.

Josh Jackson emerged as a ball hawk for a quality Iowa defense this season, recording seven interceptions this season - including three against Ohio State. He has good size at 6-foot-1 and 195 pounds, giving him the physical stature NFL teams, especially Oakland looks for.

Perhaps the most surprising player not selected in the first round of the NFL Draft is Landry. The athletic freak fell to round two and even though finding an edge rusher isn't the Raiders biggest need but grabbing him at pick 41 would be a steal.