The 5 Hardest Games On The Raiders' 2017 Schedule 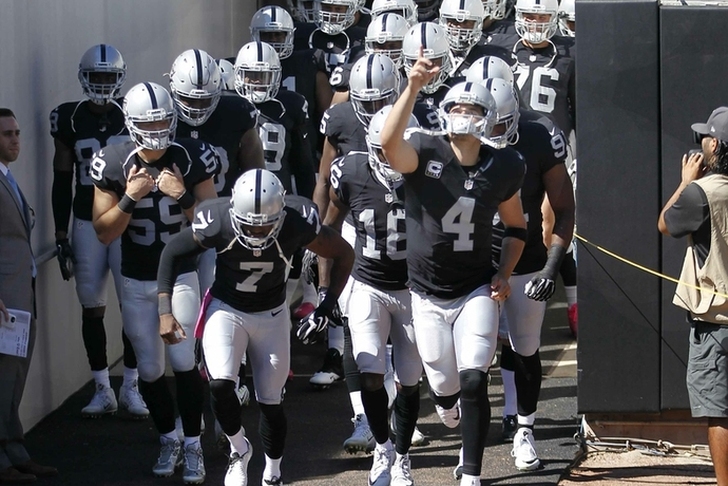 The 2017 NFL schedule was released last month, and the Oakland Raiders have a tough road ahead of them in their quest to return to the NFL Playoffs next season. These are the five hardest games standing between the Raiders and a postseason berth.

5. at Miami Dolphins (Week 9)
There is a clear drop off between the top four teams on this list and the Dolphins, but Miami will be a tricky game for Oakland. Traveling to the east coast presents an unique test in itself, but the time difference won't be a factor for a Sunday night game. Miami was a playoff team last year and is expecting to take another step forward in Year 2 under Adam Gase. Plus, the Raiders will have played eight straight games at this point without a bye.

4. at Denver Broncos (Week 4)
Denver does have their questions marks on offense (namely at QB), but their defense is still one of the best in the league and will be a test for Derek Carr. Even though they missed the playoffs last year, this early season game will give the winner a key edge in the race for the AFC West.

3. at Kansas City Chiefs (Week 14)
Speaking of the AFC West race, this game could very well serve as the de facto title game. The Chiefs and Raiders finished first and second in the best division in football last year and Oakland feels it would have won it if Carr didn't get hurt. Going on the road to Kansas City is never easy. Frankly, there's a real argument both Chiefs games belong on this list, as the other is a shortened week Thursday night matchup. But having the same team twice is no fun.

2. Dallas Cowboys (Week 15)
Even though it's at home, a Sunday night game against one of the best teams in the league will be an extremely tough test for the Raiders. It will also serve as a tune-up right before the playoffs (assuming Oakland is in position to make it once again). If both teams are playing well, this game could be hyped as a potential Super Bowl preview.

1. New England Patriots (Week 11)
There's not much that needs to be said about why this game is tops on the list. Oakland was the biggest threat to New England last year before Derek Carr's injury, and that's expected to be the case again. This game could be for home-field advantage throughout the playoffs. It will be played in Mexico, adding to the intrigue.