The 5 Easiest Games On The Oakland Raiders' Schedule In 2016 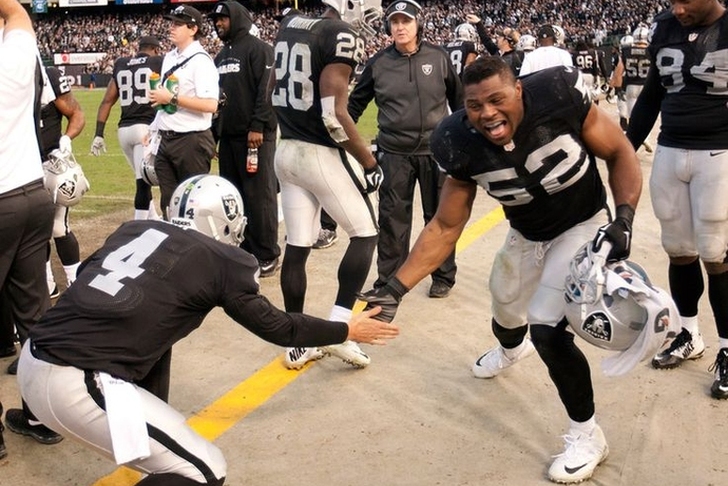 Every game during the course of an NFL regular season takes its toll, but these next five games are the closest thing to a breather the Oakland Raiders will get in 2016. Here's our list of the 5 easiest games on Oakland's schedule this season:

5) Indianapolis Colts (Week 16)
The Colts will be a much-improved team with a healthy Andrew Luck this season, but that doesn't help their lackluster defense. Derek Carr, Amari Cooper and Latavius Murray should have a field day in this one.

4) Buffalo Bills (Week 13)
Buffalo was as inconsistent as any team in the league last year, especially on the road. There's nothing to show that won't continue in 2016, and the Raiders are the type of strong, talented team that will take advantage of that in every way possible.

3) Atlanta Falcons (Week 2)
Atlanta is a team in disarray since their late season collapse last year, and while head coach Dan Quinn is working to get this team back on track, their defense is still very much a work in progress. Much like with the Colts, the Oakland's offense will have a huge day.

2) at Tennessee Titans (Week 3)
Marcus Mariota is a bright spot on a rebuilding Titans team, but the rest of the roster still has a LONG way to go. Even though this game is on the road, Oakland is a much more talented team and will show it on the field.

1) San Diego Chargers (Week 5)
San Diego is another rebuilding team, and they're pretty far away from being a competitive team. Their running game is lacking and their defense is inexperienced and inconsistent - meaning the Raiders should have an easy time.