5 Things To Get Excited For About The Raiders In 2015 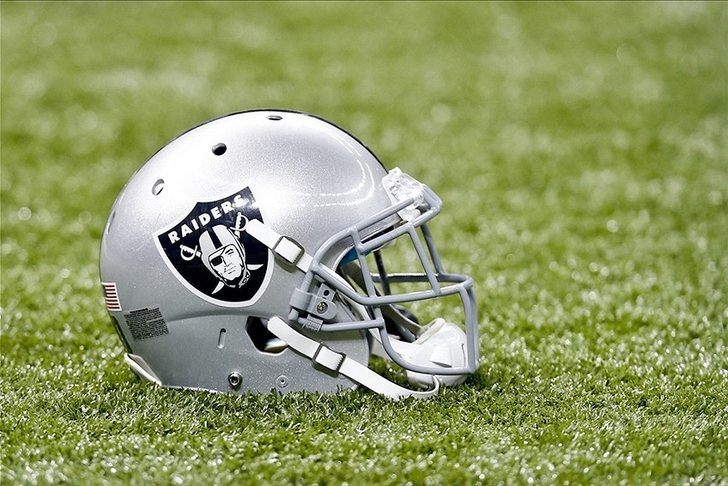 For 10 weeks last fall, the Oakland Raiders looked poised to join the 2008 Detroit Lions in the 0-16 club. Fortunately that didn't happen, but the season was still a large scale disaster - resulting in the team's 12th consecutive non-winning season.

Despite the overall performance of the 2014 season, the Raiders finished the year with some momentum, winning three of their final six games. Paired with the transactions the team has made during the offseason, there is reason for optimism heading into next season. Here are 5 Things To Get Excited For About the Raiders in 2015.

For as bad as the Raiders offense played in 2014, rookie Derek Carr shined on a talent-deficient squad. Despite having almost no running game and relying on the likes of James Jones and Andre Holmes at receiver, Carr threw for over 3,200 yards and 21 touchdowns across 16 starts.

Even the slightest infusion of offensive talent will go a long way towards helping Carr progress even further in 2015. The former Fresno State product looks like the real deal, and could finally be the answer to Oakland's revolving door at quarterback.

Expect Carr to once again make a full slate of starts and increase his totals to roughly 3,700 yards and 25 touchdowns in 2015 - which may even be a conservative outlook.

Everybody loves rookies. At this point in the year we have no idea who will make up the Raiders 2015 rookie class, but with the fourth pick in the draft Oakland looks poised to address their wide receiver needs. The likes of Amari Cooper or Kevin White could be donning the silver and black this fall. If they go a different route, defensive beasts like Shane Ray and Vic Beasley could be options.

Oakland has had some tough drafts in years passed (let's not even get into the JaMarcus Russell and Darius Heyward-Bey debacles) but have done a better job of selecting impact players recently (Carr and Khalil Mack look like fantastic selections so far). If the Raiders can hit on some early picks, the new crop of rookies should set up their rebuilding process nicely.

With the Darren McFadden era finally over and the Maurice Jones-Drew experiment behind them, the Raiders are set to turn the backfield over to Latavius Murray - the guy it should have belonged to six months ago.

Murray is ready to carry the bulk of the work, although change-of-pace runner Roy Helu and draft bust Trent Richardson will factor in somewhat. Still, Murray has more than enough talent to keep those veterans behind him on the depth chart.

The former sixth round pick out of UCF, Murray rushed for 424 yards and two scores in limited action last season. At 6'3'', 224 pounds Murray looks the part of a feature back. Oakland is hoping he's everything McFadden never became during his Raiders stint. If Carr is the answer at quarterback and Murray is the answer at running back, then Oakland is hoping to complete the trifecta with Jack Del Rio as head coach. Del Rio became the Raiders ninth acting head coach in the last 12 years this offseason, but unlike his predecessors, he has some young talent already in place for him.

Oakland hasn't been patient with their coaches recently, including multiple mid-season firings of Lane Kiffin and Dennis Allen, but Del Rio already looks like a solid hire and should be given time to build this roster into a winning football team. At the very least, he should last more than three full seasons - something no Raider head coach has done since Jon Gruden.

Despite that, Oakland will have a new defensive look with new coordinator Ken Norton Jr. and a number of new players in 2015. The Raiders used their cap space to commit over $73 million to bring in linebackers Malcolm Smith and Curtis Lofton, nose tackle Dan Williams, and safety Nate Allen.

With second year linebacker Mack already anchoring the unit, the team is likely to add even more young talent in the coming draft, and the defense looks like it will have at least five or six new starters when the dust settles on this offseason.