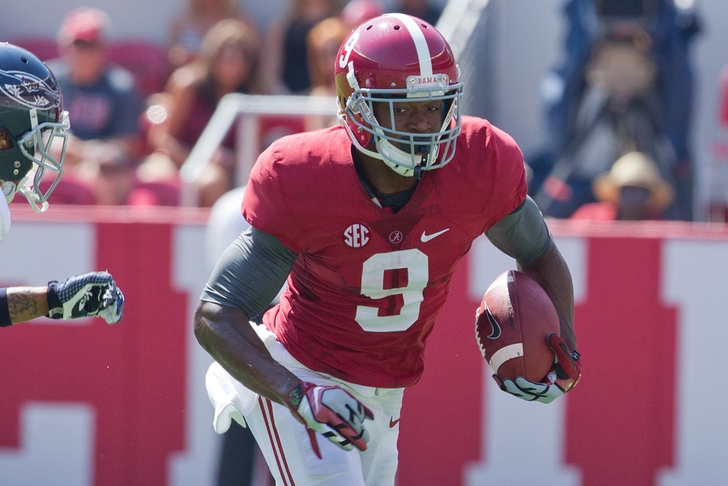 At this point, it's fair to say the Raiders are going to have a pretty high pick in the 2015 NFL Draft.

There's a very real possibility they'll get the #1 pick and trade down - enough teams are willing to trade up for a shot at Marcus Mariota that Oakland could probably get a pretty good deal. Since Oakland still sees Derek Carr as the future at the QB position, that's pretty much the one spot where they don't need help in the draft.

No matter where they end up drafting, here are five top college players that Raiders fans should get to know:

The Raiders desperately need offensive weapons who can help Derek Carr, and of all the options available, Cooper is miles ahead of the pack. A complete wide receiver who could instantly step into several NFL starting lineups as a college sophomore, Cooper would give the Raiders something they haven't had since Tim Brown's departure: a bona fide star at the wide receiver position.

If the Raiders do end up targeting Cooper, expect them to trade back into the 3-5 range - as good as Cooper is, there'll be teams willing to move up for Oregon QB Marcus Mariota.

If the Raiders end up with a top-two pick but don't end up trading it, Williams will be why. With all the physical tools to dominate at the next level, Williams would be an immediate upgrade on Oakland's defensive line.

With Todd Gurley's ACL tear, Gordon becomes the best running back available...and after what he did to Nebraska's 20th-in-the-nation run defense (an NCAA record 409 rushing yards, 4 TDs), it's safe to say the scouts are impressed.

With both Darren McFadden and Maurice Jones-Drew looking well past their expiration dates, Gordon could be the future of the position in Oakland.

He isn't as much of a certainty as Amari Cooper, but White's stock has risen astronomically since transferring to WVU in the summer of 2013. White has size, strength, and can make plays even when tightly covered.

As badly as the Raiders need help on offense, their problems at inside linebacker might be even more urgent. Nick Roach will miss all of 2013 with ongoing concussion symptoms, and his return in 2015 is far from guaranteed. Miles Burris, Roach's replacement, is far from an every-down NFL player, and might never become one. Enter Perryman: a focused, intense grinder who can excel against the run as well as in pass coverage.

Unlike the rest of the guys on this list, Perryman currently projects as an early second-rounder, so there's a possibility the Raiders could land one of the players listed above AND the Miami star as well.