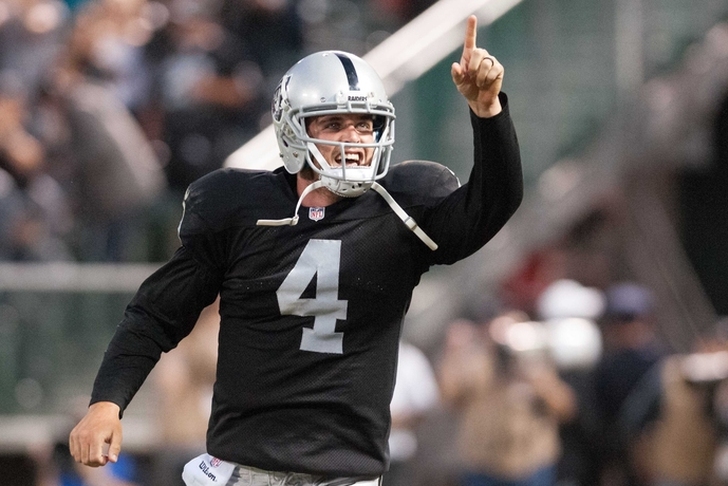 The Oakland Raiders have been on the outside looking in at the NFL Playoffs dance for 12 seasons running, but the pieces are in place for a major Raider Nation come-up in 2015. Here are four reasons why the Raiders are guaranteed to make the postseason this year:

2) Khalil Mack And A Dominant Defense

The New England Patriots have the dark cloud of deflated football vapor hanging over their heads. The Denver Broncos are vulnerable if only because of eventual regression with Peyton Manning in the twilight of his career. The Steelers and Ravens have major flaws and the Bengals are stuck in a spiral of underachievement. Add in a dreadful AFC South and the Chiefs and Chargers taking a step back in the AFC West, and the opportunity is there for the Raiders.

The Raiders responded well at times under interim head coach Tony Sparano last year, winning their last three home games against teams that were all on the playoff bubble at some point. Del Rio is a natural progression when it comes to backing up Sparano's calls for a tireless work ethic with a coaching philosophy that has bred success whereever he's gone.