4 Players The Oakland Raiders Could Cut This Offseason 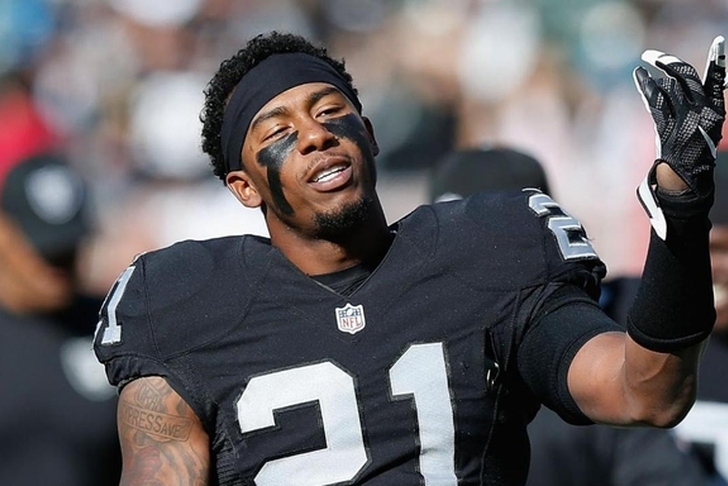 New Year means new Oakland Raiders after a disappointing season where they finished 6-10. It's time to start trimming away some of the fat to make sure this Oakland team is in perfect shape to rebound in 2018. The Raiders off-season rumors have mostly been "Grumors," but soon players getting cut will be the main talking point. Here are four Raiders players likely to get cut this offseason.

1.) Sean Smith, CB
This is a matter of when, not if. Smith's struggles are no secret and when you combine those struggles with his injuries, Smith will likely get cut. Rookie  Obi Melifonwu replaced Smith from his natural cornerback position after their Week 10 bye, which tells me a change is coming. Also, Gareon Conley should be healthy next season, which will allow the Raiders to play him at corner and Meifonwu at safety. If he is released it would free up $8.5 million in cap space, without costing the Raiders any dead cap space. The Raiders need to rebuild a defense that struggled this season and it starts with cutting Smith.

2.) Clive Walford, TE
Jared Cook proved to be a reliable option in the passing game this season and Lee Smith is a solid blocking tight end. This means Clive Walford is the odd man out. If he is released by Oakland it would free up $822,800 in cap space while costing the team $196,626 in dead cap space. Holding a tight end on their roster who isn't the best blocker or receiver on the team would simply be wasting money.

3.) David Amerson, CB
He missed time this season with a few different injuries and couldn't perform to the level of expectation. Cutting him would leave the team with no dead cap space, saving them $6 million. Despite Amerson showing signs of ability, the injury risk plus the inconsistent play will make him a likely cut this offseason.

4.) Marshall Newhouse, OT
Marshall Newhouse good enough to be warranted the amount of money he will be getting next season.  Vadal Alexander is the better offensive tackle and comes at a cheaper price compared to Newhouse's contract. If Newhouse is cut,  this would free up $1.75 million in cap space and leave the Raiders with no dead cap space. Making cuts like this will allow the Raiders to build their defense or sign big name players like linebacker Khalil Mack to an extension.