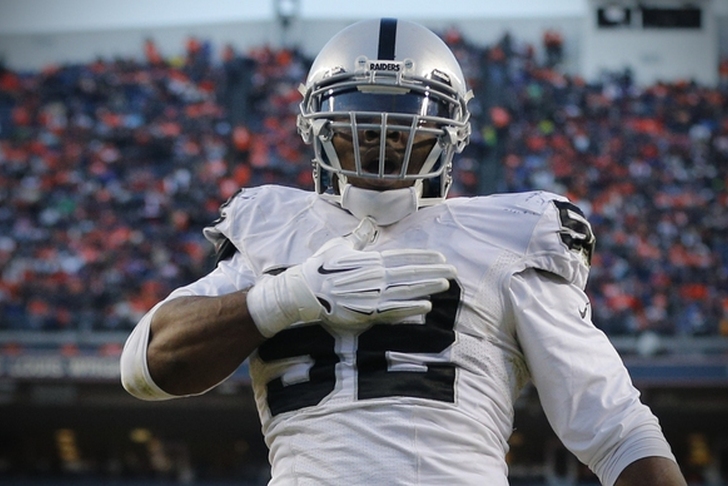 The Oakland Raiders finished 6-10 and after a frustrating year, it's time to move onto 2018. Oakland has a lot of talent on the roster and now has a new highly respected head coach. Oakland's offseason has really centered around Jon Gruden but soon offseason trades, cuts, and signings will be the main focal point. Here are four moves the Raiders need to make in order to make the playoffs in 2018.

RELATED: 4 Players The Oakland Raiders Could Cut This Offseason

1.) Cut Disposable Players
It's time to start trimming away the fat to make sure this Oakland team is in perfect shape to rebound in 2018. The Raiders need to start by cutting disposable players such as CB Sean Smith. Cutting Smith frees up $8.5 million in cap space, without costing the Raiders any dead cap space. There are four Raiders that need to be cut in 2018, but Oakland should focus on Smith.

2.) Draft A Inside Linebacker
When Oakland trims away fat, it can build muscle. Khalil Mack is the muscle on the Raiders defense and is arguably their most important player on the team (minus quarterback Derek Carr). Yet, he can't do it alone and the Raiders are in desperate need of adding an inside linebacker to this defense. The Raiders played undrafted free agent rookie Nicholas Morrow for most of the season. Adding a talented player to replace him would be a huge upgrade to this defense.

3.) Draft A Wide Receiver
Entering the season the Raiders were believed to have one of the best wide receiver duos in the league with Amari Cooper and Michael Crabtree. Both receivers struggled, which impacted the play of Carr and the entire offense. Crabtree contract runs through 2019 and re-signing him would cost the Raiders $7.7 million. Since there is no dead cap hit if they cut him, it wouldn't make a ton of sense bringing him back considering his performance this past season and his age.

Instead, the Raiders need to draft a wide receiver. A great receiver to target in the draft for the Raiders would be Oklahoma State receiver James Washington who is the best deep threat in the 2018 draft class.

4.) Buy Into Jon Gruden
The team as a whole needs to move under the wing of new head coach Jon Gruden and his staff. The Raiders hired Gruden as their head coach and it's time to go all in. Gruden is a well-respected coach, especially with quarterbacks, and needs to start building a team that is feared for many years to come.

Look at teams who "buy in" to the system. The Patriots are the poster team for buying into the system, but two recent examples are the Rams and 49ers. Teams who had no hope entering the season, but leave 2017 with sky-high expectations entering 2018. When a team buys in and has it's mind set on one common goal, this is when progress is made.