4 Easiest Games On The Raiders’ 2015 Schedule 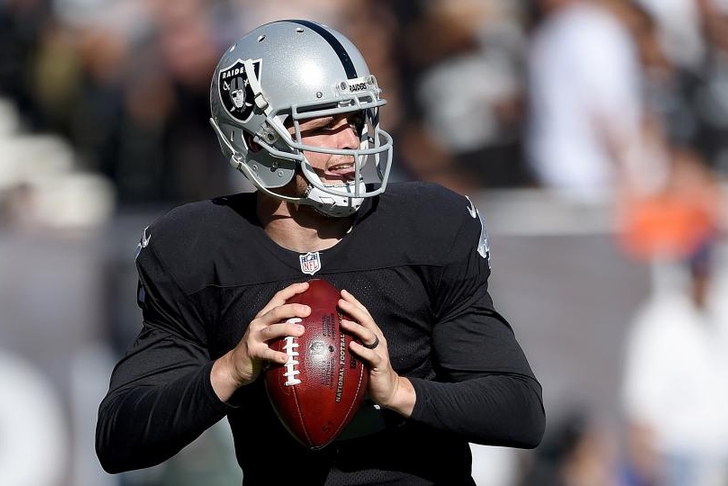 Every game during the course of an NFL regular season takes its own special toll, but these next four games are the closest thing to a breather the Oakland Raiders will get in 2015. Here’s our list of the 4 Easiest Games On The Raiders’ 2015 Schedule.

Also, the Bears secondary is injury prone and perpetually a step slow, which should be reason enough to start Derek Carr without question in your fantasy football league.

The Cleveland Browns will either be starting Josh "Replacement Level" McCown or (if you believe in NFL miracles) the Artist Formerly Known As Johnny Football. So, the Raiders defense will either have a great day or the BEST day on this Sunday in Northeast Ohio.

If Geno Smith escapes the first two months of the 2015 season as the Jets' starting quarterback, this showdown could be the closest thing to spontaneous career combustion we've seen on the turf at the Coliseum. The Jets are on the come-up under new head coach Todd Bowles, but they'll be anchored in the muck as long as Geno is under center.

There are big things ahead for 2014 Heisman winner Marcus Mariota, but his introduction to the pros will come while working behind an offensive line that has been in flux since the start of the decade. Mariota is effective out of the pocket, but that's not going to translate when his linemen can neither start nor finish blocks in the open field.