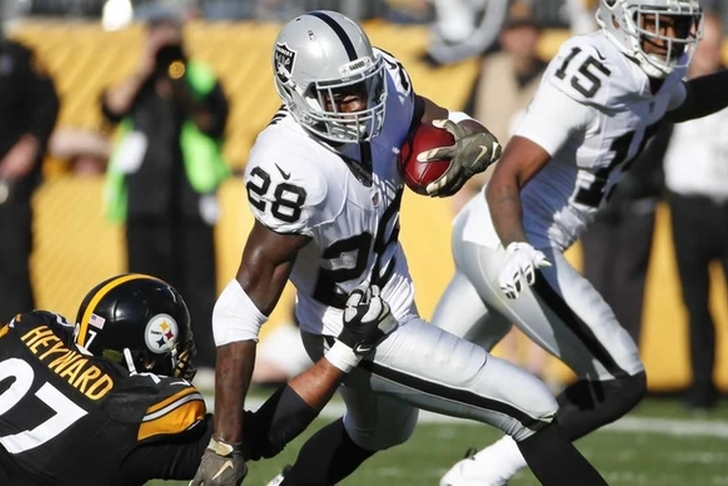 The Oakland Raiders had their hearts broken in a 38-35 loss to the Pittsburgh Steelers, watching a late rally get undone by some late Steelers magic. We're here to break this tough defeat down with the 3 Things We Learned From The Raiders' 38-35 Loss.

3. Derek Carr Has Moved To The Next Level

We'll talk about the Raiders' furious fourth-quarter comeback later on, but let's give Derek Carr a hand for making the most out of what was nowhere near his best day accuracy-wise. Carr completed just over 50% of his passes, but he still threw for 301 yards, four touchdowns and one interception. The mark of a top-tier NFL QB is making the best of things when you don't have your A game. Carr did that on Sunday, keeping the Raiders in things when the game could've easily gone off the rails.

2. The Secondary Remains A Question Mark

Oakland's secondary got torched by Steelers WR Antonio Brown all day long. Brown finished with a mind-boggling 284 receiving yards on 17 catches. SEVENTEEN. How exactly does one of the best wide receivers in the game get free 17 times when the Raiders DBs knew that smothering him was THE critical task in today's game?

Whether it was blown coverage or Brown just being that dang good, this game is a wakeup call. If Oakland's going to rally for a playoff berth, things have to get tightened up on the back end.

1. These Aren't Your Older Brother's Raiders

Oakland lost this game. That's just the sucky fact of all of this. It's hard to call this game a "moral victory" considering how winnable this game was. But, what would other Oakland teams of the decade have done after a series of unfortunate events such as the ones which put the Raiders down 35-21 in the 4th? They wouldn't have punched back like this team did, rallying back from a 14-point deficit in gutsy fashion.

Yes, the secondary let the team down by letting Antonio Brown run wild late, and all game for that matter. But, this is still a team and a franchise on the upswing. 4-4 record or not, this team's effort is something to celebrate.