3 Things We Know About The Raiders After Week 3 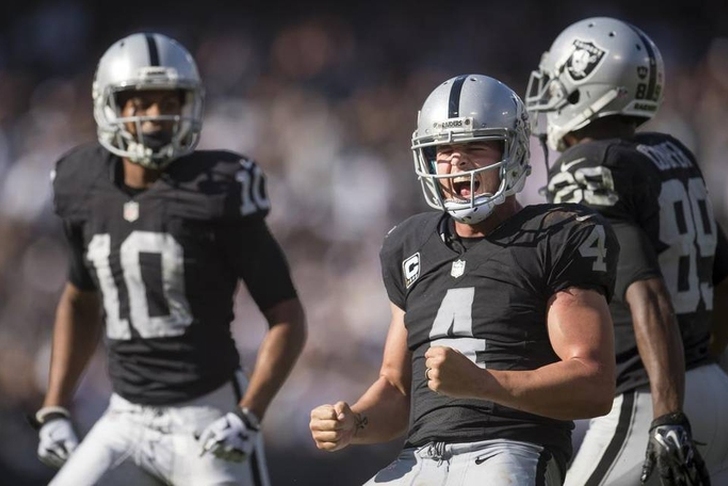 The Oakland Raiders' 27-20 victory at the Cleveland Browns on Sunday marked the team's first road win in the Eastern Time Zone following what was a 16-game losing streak. Today's breakthrough has us feeling extremely optimistic about this 2-1 Raiders team. Here's three things we know about Oakland after Week 3.

1. Latavius Murray is a legit #1 back 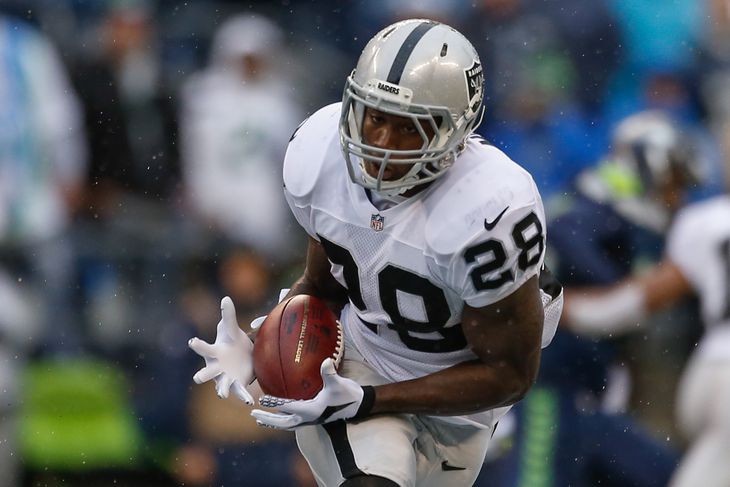 The Raiders doubled down on their usage of Murray on Sunday, upping his touches considerably to 27. It worked, as Murray gashed the Browns for 149 all-purpose yards (139 rushing) and announced himself as both a worthy lead back and a fantasy football darling. After suffering through one of the worst overall rushing seasons in modern franchise history last year, Latavius Murray is a breath of fresh air who opens up the offense for starting QB Derek Carr. Speaking of Derek Carr...

2. Derek Carr is the right guy for Oakland

After Oakland's blowout loss to the Cincinnati Bengals in Week 1, there were plenty of critics out there ready to nominate replacement options for the second-year quarterback. That was VERY premature. Carr lit up the Ravens last week in the team's 37-33 home shootout win and followed it up on Sunday by throwing for 314 yards and two scores against a shellshocked Bengals defense. He's the best sophomore quarterback going, bar none, and the best QB the Raiders have had in tow since Rich Gannon.

3. Oakland is a contender, plain and simple Baby steps here, but the Raiders are 2-1 and have a very winnable road game in Chicago next week. They'll follow that up with two KEY in-division contest at home against the Broncos and at the Chargers. We expect the Raiders to hammer the Bears (for their 2nd straight road win after none since November of 2013) and to get at least one of the next two against their AFC West rivals. If they do so, they'll be 4-2 and announce themselves as playoff contenders as we close in on November.

We believe. Hell, 5-1 is a possibility with the way this Raiders team is believing under new head coach Jack Del Rio.