3 Reasons Why The Raiders Will Make The 2017 Playoffs 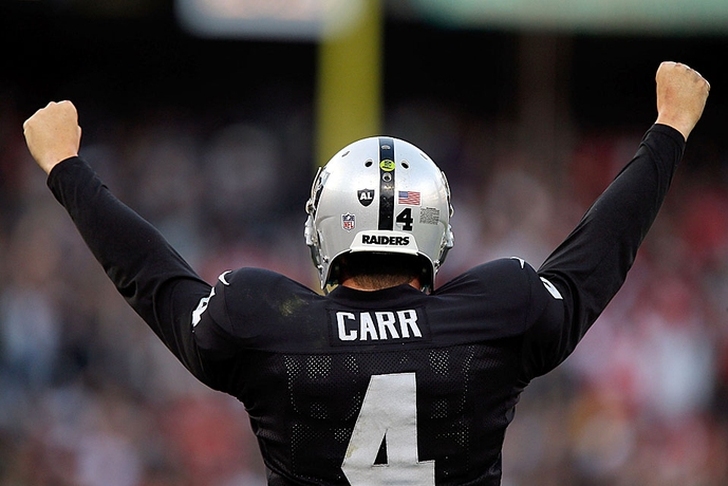 The Oakland Raiders finished with a 7-9 record this season, their best mark since 2011. The future looks bright in Oakland and the Raiders should be feeling good about their prospects next year. Here are 3 Reasons Why The Raiders Will Make The 2017 Playoffs:

The Raiders have a nearly $61 million in cap space next season and that's before the projected rise in the salary cap. The Raiders will need to spend some of that money on their own free agents, but they have the cap space to sign a few impact players. The team has needs, but between the draft and free agency, they should be able to fill them. The top target should probably be Chargers S Eric Weddle. He's aging, but can still play and fills a notable need. With several key pieces already in place (see below), the Raiders are in position to make the playoffs.

The Raiders have several promising young players. There's QB Derek Carr, RB Latavius Murray, WR Amari Cooper and LB Khalil Mack to name only a few of the team's budding superstars. Those players will only be better next year (more below) and the Raiders are lucky to have a young core that they can build around.

1. Will Only Be Better Next Year

The Raiders are a young team, and they battled through inconsistency and growing pains at times last season. That was to be expected, but 2017 is the year that the Raiders take the next step. Carr could take the next leap in his development and his weapons in Michael Crabtree, Cooper and Latavius Murray will only improve next season. The Raiders are far from a perfect team, but if they continue to improve and add a few players in key areas, they should be in the playoffs for the first time since 2002.