3 Reasons Why The Raiders Will Blow Out The Chargers 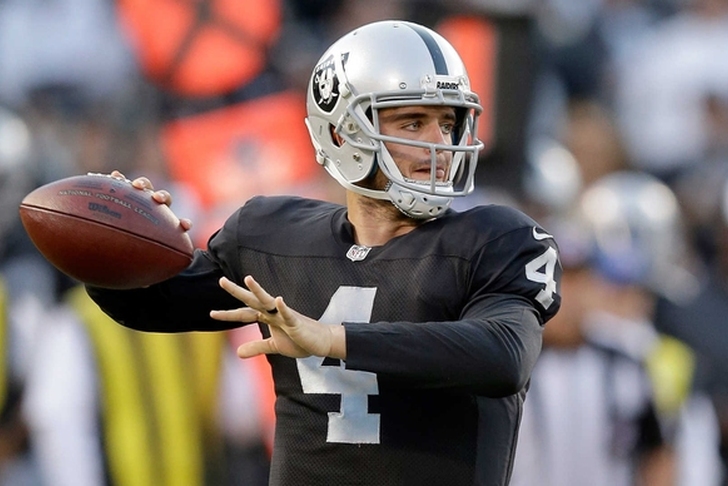 The Oakland Raiders took the Denver Broncos to the limit before the bye, ultimately falling short at home in a 16-10 defensive slugfest. However, things are looking up with the Raider Nation set to take over San Diego this week like it always does. We're feeling so good about Oakland's glorified home game that we have a pretty bold prediction for you. Here's 3 Reasons Why The Raiders Will Blow Out The Chargers.

First-year RB Melvin Gordon has been indecisive and prone to coughing the ball up in his first year, and it hasn't helped that the team's offensive line has been wracked by injuries. Oakland will exploit that, forcing San Diego to throw 3/4 of the time and pushing a defender or two back into the secondary to limit Philip Rivers' potency through the air.

Derek Carr has a fantastic arm. He has a beautiful release from the ear and can make any and all throws asked of him. He's also able to snap his wrist quickly under pressure, firing bullets where other quarterbacks would have to tuck and take a sack. Philip Rivers is a proven commodity, but Carr will show why he's the future of the division by outdueling Rivers Wild-West style.

The San Diego Chargers are an offensive mess right now, relying on Philip Rivers' arm to keep them in games while the running game does absolutely nothing. The defense remains decent on both sides of the ball, but it hasn't really mattered with the offense continuously coming up short in the trenches. Oakland's not a perfect team -- not by a long shot. But, their young core is starting to take the leap and a vulnerable Chargers squad is the right group to accelerate that process against.