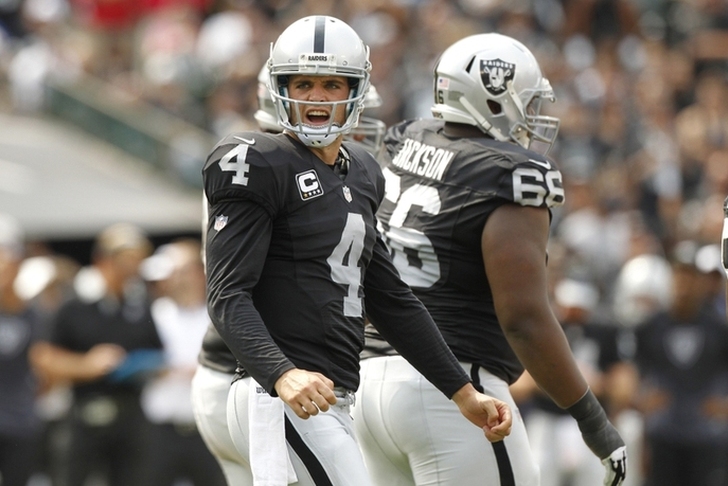 The Oakland Raiders lost their season opener to the Bengals in blowout fashion, but they did get good news this week after learning quarterback Derek Carr's injury was far less serious that originially thought. With him back in the fold, they'll look to grab their first win of the season against the Ravens on Sunday. Here are three reasons why they'll do just that:

Star linebacker Khalil Mack looks even better this season and should record more sacks than last year, but he's just the tip of a talented group of pass rushers that just added Aldon Smith. Baltimore's offensive line looked shaky in their opener against the Broncos, as they gave up three sacks. Expect Joe Flacco to be under a lot of pressure again on Sunday.

The Ravens gained just 173 yards of total offense against the Broncos, and they don't have much hope of getting much better. Justin Forsett doesn't look anything like the player he was last year, and no receiver gained more than 25 yards in the opener. This offense is putrid, allowing the Raiders to easily outscore them.

Oakland's offense sputtered without Carr, but they have all the talent in the world. That should pay dividends against a Ravens defense that just lost their heart and soul in Terrell Suggs, who is out for the season with a torn Achilles. Amari Cooper already looks like the next great wide reciever in the NFL, Latavius Murray is one of the league's most underrated running backs, and Michael Crabtree made a big impact in his first game with the Raiders.