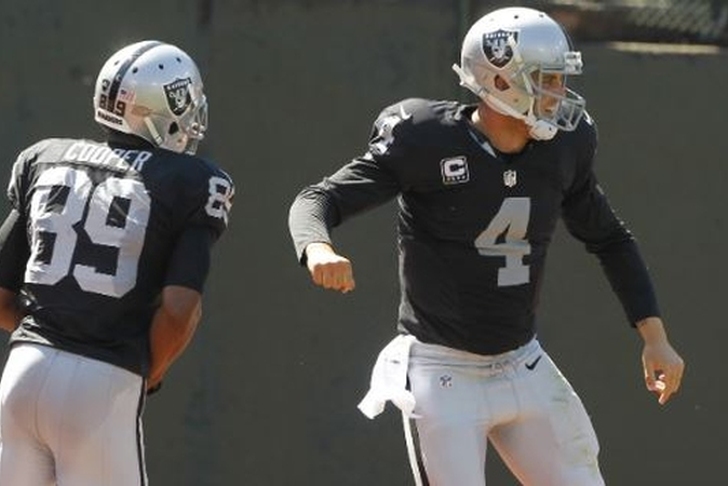 The Oakland Raiders surprised many with their victory over the Baltimore Ravens last weekend, and they're hoping to use that momentum to knock off the Browns on Sunday. Here are three reasons why they'll do just that:

Star linebacker Khalil Mack looks even better this season and should record more sacks than last year, but he's just the tip of a talented group of pass rushers that just added Aldon Smith. Cleveland's offensive line has looked shaky so far this season, and Josh McCown isn't the most mobile guy - and made terrible decisions under pressure all of last season. Expect the Raiders to force several turnovers in this one.

2) Cleveland's lack of a rushing attack

What will make McCown's day even worse is that the Browns don't have a running threat to keep Oakland's defense honest. No back has more than 92 yards rushing during the first two games, and their third-leading rusher, Johnny Manziel, won't be playing as long as McCown stays healthy. If they can't establish the run, the Raiders will be able to pin their ears back and dictate the tempo of this game.

Derek Carr showed that he's the real deal (again) on Sunday, Amari Cooper already looks like the next great wide reciever in the NFL after his 109-yard performance, Latavius Murray is one of the league's most underrated running backs, and Michael Crabtree has made a big impact in the passing game so far. They'll put a LOT of points on the board on Sunday.