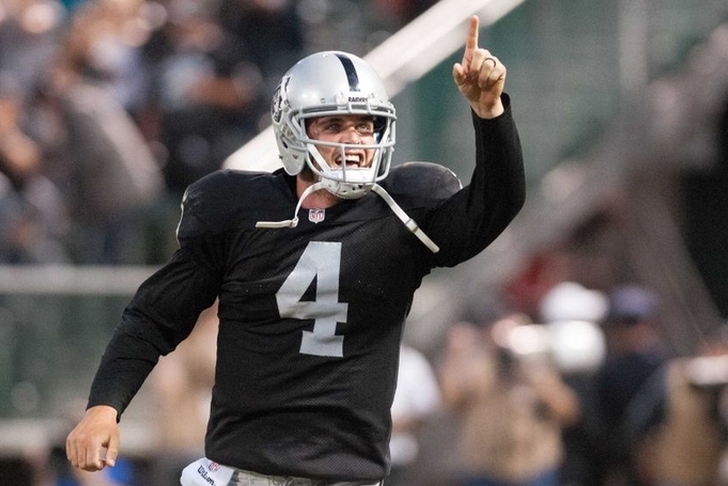 The Oakland Raiders are constructing their team the right way and have added several building blocks in players like QB Derek Carr and DE Khalil Mack. The Raiders open the season against the Cincinnati Bengals Sunday. Here are three reasons why the Raiders will defeat the Bengals in Week One.

Mack looks even better this season and should record more sacks than last year. Mack is just the tip of a pass rush that should be much improved this season. The Bengals have Andrew Whitworth, but the rest of the offensive line looked shaky in the preseason. Don't be surprised if the Raiders pressure Andy Dalton, who is one of the worst NFL QBs when facing pressure.

Amari Cooper already looks like the next great NFL WR. Latavius Murray might as well be a new weapon since he wasn't used last year the way he will be this season. If Michael Crabtree can reach even a bit of his potential, the Raiders' offense could be dangerous. Carr has the weapons to make a big leap forward.

The Bengals Have Never Won In Oakland

Cincinnati is 0-10 against the Raiders when the two teams play in Oakland. The Bengals have historically struggled on the West Coast and that might not change this year. The Bengals might be the more talented team, but at home, the Raiders will come out victorious.