3 Reasons Why The Raiders Can Upset The Chiefs 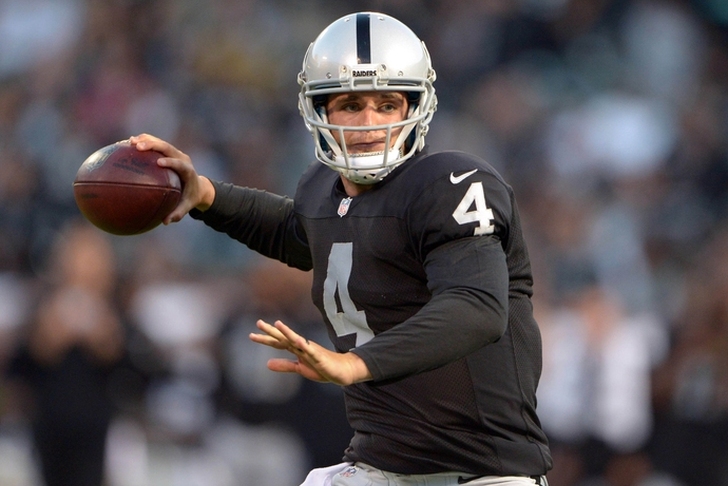 The 7-8 Oakland Raiders travel to visit the 10-5 Kansas City Chiefs this weekend. The Chiefs are fighting for a shot at the AFC West title, while the Raiders have been eliminated from playoff contention. However, the Raiders have what it takes to pull off the upset as seven-point underdogs. Here are 3 Reasons Why The Raiders Can Upset The Chiefs:

3. Better On The Road
As strange as it sounds, the Raiders are a better team on the road. They are 4-3 on the road and 3-5 at home. That extends to QB Derek Carr, who has played way better away from O.Co Coliseum. At home, Carr has thrown 15 TDs and 10 picks. On the road, those numbers jump to 16 TDs and 2 picks in one less game. The defense is also better at forcing turnovers and recording sacks on the road. For the Raiders to upset Kansas City, they'll need that trend to continue.

2. Extra Motivation
The Raiders can finish with a .500 record by beating the Chiefs. Oakland has done that just twice since 2002. There's also the added motivation of wanting to send the legendary Charles Woodson off with a win. The chance to finish with a non-losing record means a lot to the team and head coach Jack Del Rio will have his team ready to play. They'll need to be to knock off Kansas City.

1. Chiefs Are Due For A Loss
The Chiefs are the hottest team in the NFL, with nine straight wins. That includes a win over the Raiders. But this Chiefs' team, without RB Jamaal Charles, closing the season with 10 straight wins would have seemed absurd earlier this season. Kansas City deserves all the credit in the world for their great play of late, but this streak could very well end Sunday. The Raiders are a solid team and the Chiefs are long overdue for a loss.