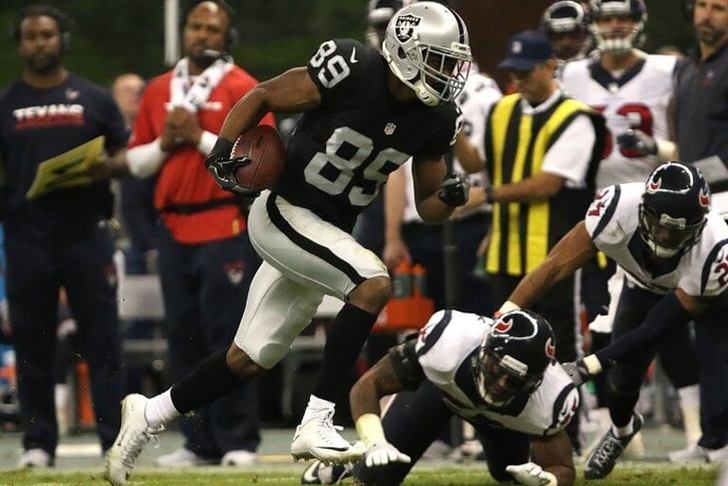 The Oakland Raiders are in the playoffs for the first time since the 2002 season, but are dealing with injuries to their top two quarterbacks. Many have written them off because of that, but we know they're a much more complete team than that. Here are three reasons why the Raiders are guaranteed to beat the Texans:

3) Brock Osweiler's struggles
Osweiler was benched in favor of Tom Savage due to his struggles all season, completing just 59.0 percent of his passes for 15 touchdowns and 16 interceptions, and has been playing his worst football in the month of December. He also doesn't stretch the field, averaging just 5.8 yards per attempt.

Now, Osweiler throws it fine when he has a clean pocket, but if he encounters any pressure, his play dips very dramatically. With Khalil Mack and Bruce Irvin coming off the edges, the Raiders will have pressure in his face all game. Expect Osweiler to have another bad performance on Saturday.

2) Houston's lackluster offensive line
Another factor working against Osweiler is the play of Houston's offensive line. In the last two games, Savage and Osweiler have been sacked a combined eight times and have been hit 15 times. Considering how drastically his numbers dip with pressure in his face, and how good Oakland's pass rush is, the Texans will struggle to get much of a passing game established in this one.

1) Other talented players to pick up the slack
Offense will be at a premium in this game due to backup quarterbacks playing, and the Raiders simply have more overall talent than the Texans. Oakland had seven players selected to the Pro Bowl, have one of the league's best receiving cores in Amari Cooper and Michael Crabtree and a capable power runner in Latavius Murray. Add in a much-improved defense headlined by the names above, and it's easy to see why the Raiders have the edge.