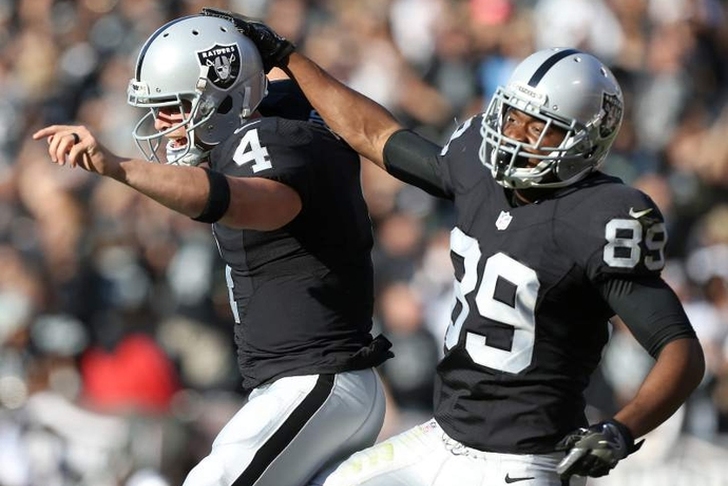 The Oakland Raiders are riding high on their three-game winning streak, and now have their second straight divisional test against the Chiefs. If the Raiders want to deliver on their postseason expectations, this is a game that will help them get there. Here are three reasons why Oakland is guaranteed to win:

3) Oakland's dynamic offense
This unit has delivered on all the preseason hype. They're one of two teams in the league that rank in the top five in both yards and points per game, and they're one of a handful that rank in the top 10 in both running and passing. Quarterback Derek Carr is getting some deserved MVP love, and they have three players who have rushed for at least 170 yards. Oakland can hit you in a variety of ways, and they'll find a way to put a ton of points on the board again on Sunday.

2) Amari Cooper's breakout game
There's no doubting Cooper as one of the best receivers in the league, but his production through the first four games of the season hadn't lived up to his standard. He hadn't scored a touchdown and was averaging less than 80 yards per game. He broke out in a big way against the Chargers, catching six passes for 138 yards and touchdown - and had a few others that should have been if he got his feet inbounds. Look for him to build on that performance moving forward.

1) Kansas City's road struggles
The Chiefs are 2-2 on the season - two wins at home, two losses on the road. Last year, four of KC's six total losses came on the road. Their limited offense seems to be even more limited away from Arrowhead, which is good news for a Raiders defense that is finding their stride.