3 Reasons Why The Raiders Are GUARANTEED To Beat The Broncos 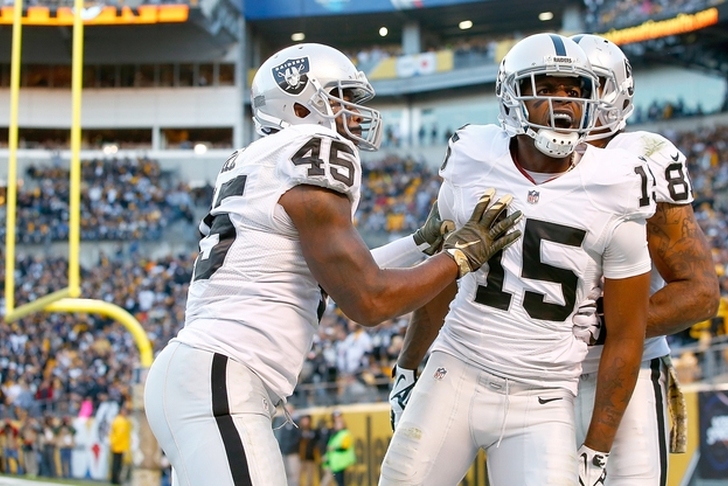 The Oakland Raiders are reeling, having lost four of their last five games, but a win over the Broncos would put them right back in the thick of the playoff conversation. Here are three reasons why they'll knock off Denver this weekend:

Woodson is the defensive MVP of the NFL season's first half. Anybody who tells you any difference is either blind or a liar. His five interceptions lead the NFL, and that's only a portion of his impact. The 39-year-old is leading by example, turning a cast of castoffs and unproven commodities in the secondary into one of the most opportunistic units in all of the league. Brock Osweiler has turned the ball over at least once in three of this four appearances this year, and you better believe Woodson will have this unit ready to pounce.

2) Revenge on their minds

Oakland was leading Denver for most of their first matchup this season, but fell apart late and couldn't make up the deficit at the end. The Raiders fell like they let one slip through their fingers, and they're determined to finish the job this time. Expect them to play inspired football for 60 minutes.

The Raiders are 5-7, but they're still in the playoff race and they're and just starting to get the respect they deserve for their turnaround under Jack Del Rio. The momentum this team is building, losing streak or not, has those who formerly cracked jokes at Oakland's expense eating their words. The great feeling around the Raiders locker room is undeniable, and their desire to make a statement will carry them in Sunday's showdown. Oakland won't be content with escaping Denver with a win - they want to make a statement.