3 Reasons Why The Oakland Raiders Should Acquire Marshawn Lynch 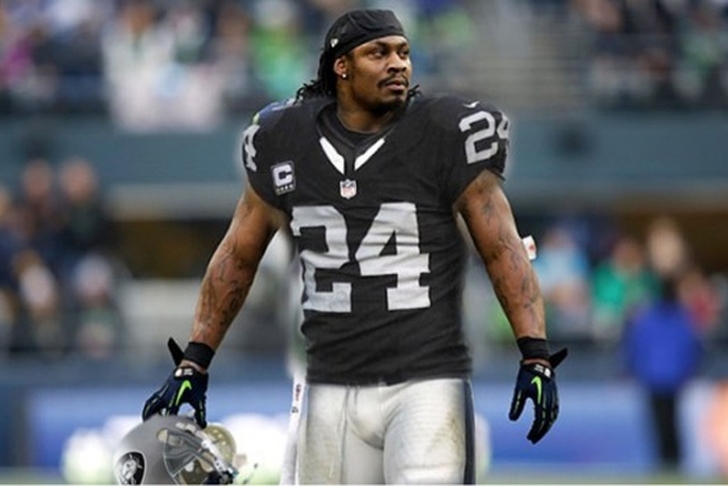 The Oakland Raiders have expressed interest in acquiring former Seahawks running back Marshawn Lynch if he comes out of retirement, which is reportedly expected to happen. Lynch will still be under contract with Seattle if he comes out of retirement, meaning that Oakland would have to wait for the Seahawks to release him before they could sign him - or they could trade for him. Either way, here are three reasons why the Raiders should acquire Lynch.

3) Need at the position
After Latavius Murray signed with the Vikings, it left the Raiders with a major hole at the running back position. Taiwan Jones and DeAndre Washington are currently slated to split carries as the starters, but Oakland is determined to add someone else before the start of the season. They have the opportunity to do so in a draft that's loaded at the position, but Lynch has the pedigree and track record that would make him the best option available should he come out of retirement. With him, the Raiders would be a legitimate Super Bowl contender.

1) Perfect tribute to Oakland
It's no secret that fans in Oakland aren't happen about the team moving to Las Vegas in what looks like two years. So, what better way to keep fan morale relatively high than to bring in the area's native son? Lynch has always been very proud of his hometown, and his hometown has loved him in return. Yes, Lynch's on-field contributions would certainly help the team - but you can't over estimate what it would mean to the fans.