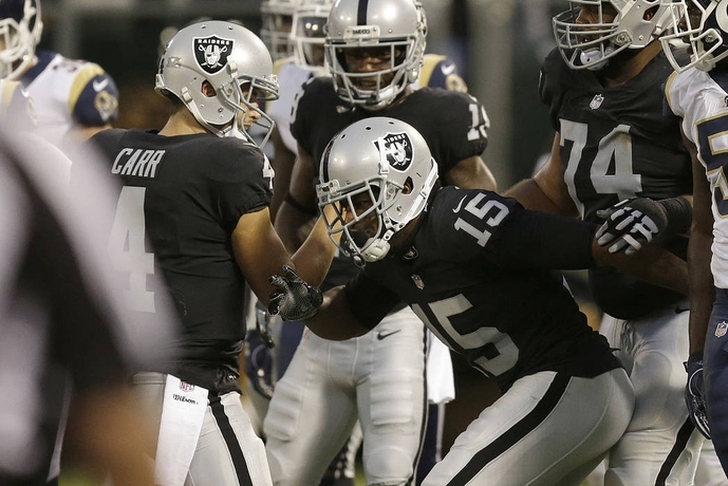 The Oakland Raiders have looked like one of the best teams in the NFL through the first two weeks on the season and will put their undefeated record on the line on Sunday against the Washington Redskins on Sunday Night Football. Even though it's in primetime, we don't expect it to be much of a contest. Here are three reasons why the Raiders are guaranteed to beat the Redskins on Sunday:

1) Redskins home woes
Since the start of the 2016 season, FedEx Field hasn't exactly been a fortress for the Redskins. They're just 4-5 in the last nine games at home, including a disappointing 30-17 loss to the Eagles in the opener. With Oakland having a major talent advantage, that's not a trend that's expected to change this weekend.

We know that Derek Carr is one of the best quarterbacks in the league and a legitimate MVP contender who gives every team problems. Yes, Josh Norman is very good but he can't guard both Amari Cooper and Michael Crabtree. He will take one of those guys away, but the other should have a field day. Marshawn Lynch has been everything the Raiders could have wanted him to be and Cordarrelle Patterson has turned into a game-breaker.

With all of these weapons, it's impossible for this group to have a bad night on Sunday.

3) Washington's defensive struggles
Why is it impossible? Because of how poor Washington has been on defense this year. They rank just 26th in the league in yards allowed and 27th in points allowed, making them one of the worst units in the NFL. The linebacking core is slow and the secondary lacks depth behind Josh Norman. Simply put, they don't have the firepower to slow down all of those weapons we mentioned above.