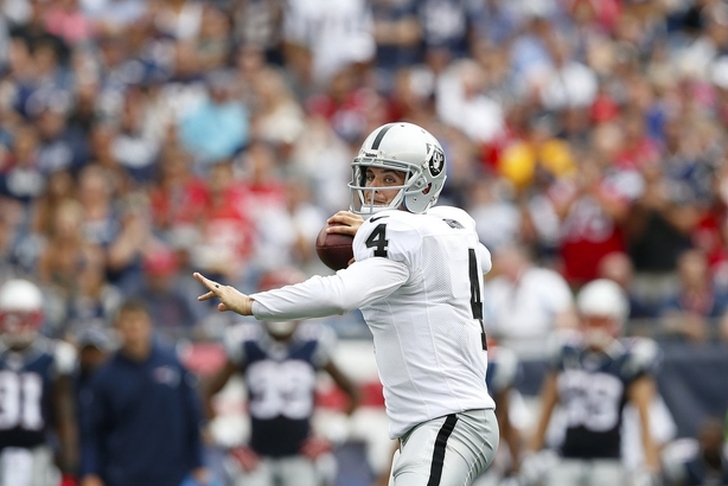 The Oakland Raiders have struggled this season, but seem to have found their stride of late by winning two of their last three games. Now comes a tough matchup against the New England Patriots in Mexico City - but it's a big game we expect them to win. Here are three reasons why the Raiders are guaranteed to beat the Patriots on Sunday:

1) Oakland's offensive weapons vs. New England's bad secondary
We know that Derek Carr is one of the best quarterbacks in the league and a legitimate MVP contender who gives every team problems. We also now that New England has one of the worst pass defenses in the entire league. Amari Cooper and Michael Crabtree, despite their struggles, are two of the better receivers in the league and will force the Patriots from focusing their defense on one guy - which they love to do. Throw in Marshawn Lynch's resurgence and I think we'll see a big game from the Raiders offense.

2) New England's penalties
Another weakness for the Patriots - there aren't very many - comes with the number of penalties they have racked up this season. They're averaging roughly seven penalties per game for about 50 yards, which is a lot to overcome in a game that figures to be as high-scoring as this.

3) Home-field advantage
There's a reason the Raiders have been in Mexico City for two years in a row now - they have a massive fan base there and will continue to get that edge. Remember, last year, then-Texans quarterback Brock Osweiler had to deal with a laser pointer from a fan in his eyes. Oakland is also more used to playing at that elevation, giving them another advantage.