3 Reasons Why Derek Carr Is A Future MVP 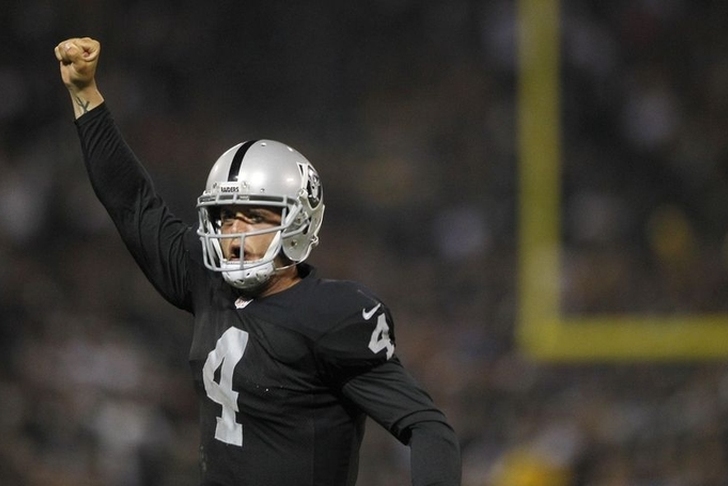 Derek Carr has a fantastic arm. He has a beautiful release from the ear and can make any and all throws asked of him. He's also able to snap his wrist quickly under pressure, firing bullets where other quarterbacks would have to tuck and take a sack. Carr's skill set is much more advanced than any of the other sophomore quarterbacks going, and he's got PLENTY of room for growth. Once he grows into his talent, he's going to be a top-five QB -- at least.

If Carr gets an opportunity to play pitch and catch with Amari Cooper for the better part of a decade, there's really no way he won't appear on a few MVP shortlists. Amari Cooper's route running and electricity after the catch is already elite. Give him a year or two to learn the tendencies of NFL secondaries and he'll be on the level of Antonio Brown and DeAndre Hopkins (if he's not already). Just the highlights created by Carr and Cooper alone will be enough to raise Carr's profile a few notches.

MVP quarterbacks have a certain air about them which you can't measure in yards or touchdowns thrown. Carr has that air. Players want to follow him, coaches love coaching him and fans can't help but back him up. When you have all those things working for you plus talent, you're bound for great things in this league. Carr is something special. He's got future MVP written all over him.