3 Reasons The Raiders Are GUARANTEED To Beat The Broncos 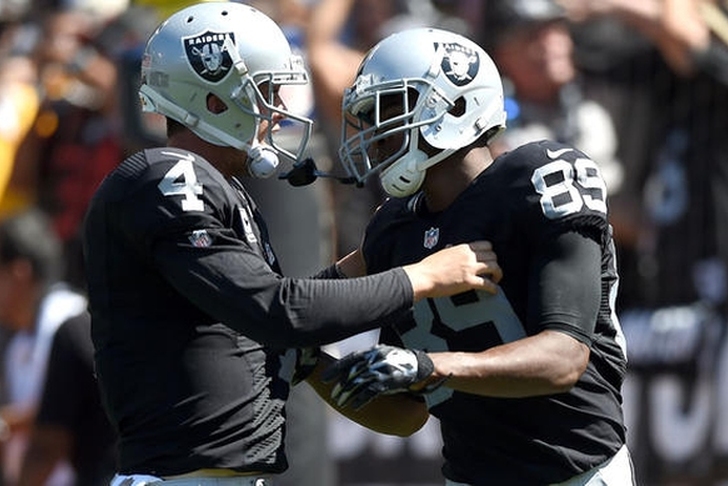 The Oakland Raiders (2-2) are coming off a disappointing loss to the Chicago Bears and now face their toughest task yet this season in the undefeated Denver Broncos. However, the Raiders have the talent to upset the Broncos. Here are three reasons why the Raiders will beat the Broncos this weekend.

The Broncos have only managed 315 yards on the ground this season, and nearly a quarter of those came on one run last week. Seriously. The Broncos have one of the worst running attacks in the NFL, and their inability to run the football is eventually going to catch up with them. Don't be surprised when it happens against the Raiders.

Derek Carr, Amari Cooper and Latavius Murray have the potential to become the NFL's latest version of the triplets. The Broncos have a great defense, but the Raiders have the talent make enough plays to win. The offensive line is one of the most underrated in the NFL, and it will give Carr enough time and open up just enough holes for Murray to allow the Raiders to pull the upset.

Manning doesn't look like the same QB he once was. He's completing 63 percent of his passes, his lowest percentage since 2002. He's on pace for 24 TDs, which would be a career-low. He's on track to throw 20 INTs, which would be his most since 2001. He's averaging just 6.29 yards per attempt, the lowest of his career. Unless Manning rediscovers his old form, his ineffective play will cost the Broncos. That will be the case when the Raiders upset the Broncos.