3 Reason The Raiders Will DESTROY The Titans 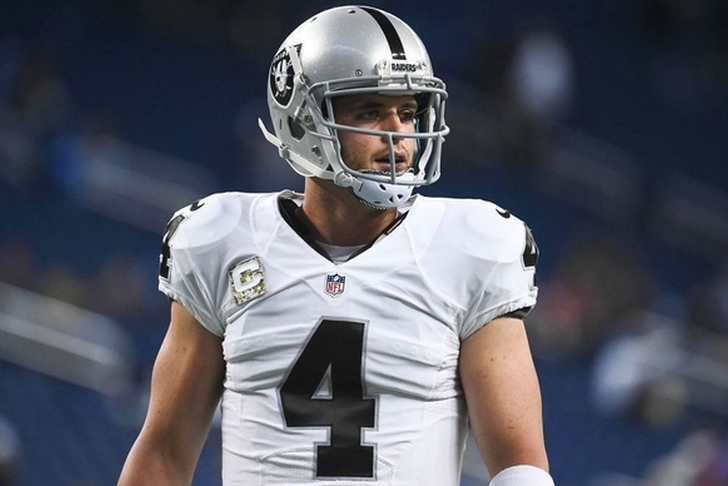 The 4-6 Oakland Raiders hit the road to face the 2-8 Tennessee Titans in a game the Raiders need to win to keep their playoff chances alive. The Raiders are favored, but only by one point, which is not a big enough spread. Here are three reasons why the Raiders will DESTROY the Titans.

Kendall Wright is likely to return for the Titans, but they're still short on weapons for Marcus Mariota. The Raiders have Amari Cooper, Latavius Murray and Michael Crabtree for QB Derek Carr. The Titans have Delaine Walker and Antonio Andrews. Advantage Oakland. Carr will be able to get the ball into the hands of his weapons and they'll make far more plays than the Titans will.

2. A Young Titans Team That Struggles At Home

The Titans are in the midst of a 10-game home losing streak and are already on an interim head coach. That doesn't bode well for a Titan win. Tennessee has major issues, as they are a young team a few years away from competing. They remind me of the Raiders a few seasons ago, which means the Raiders are more advanced and better than the Titans. That leads itself to an Oakland win, which is exactly what's going to happen.

I've been very impressed by Mariota this season. He has a bright future and the Titans are lucky to have him. However, Carr is the better QB right now. He's taken the next step this season and looks like the franchise QB Oakland has been searching for. He's far from developed and still has growing to do, but he's the best QB in this game. NFL matchups are usually won and lost because of QBs, and with Carr at the helm, the Raiders will win this contest.