3 Raiders Trade Rumors You Need To Know Before The Deadline 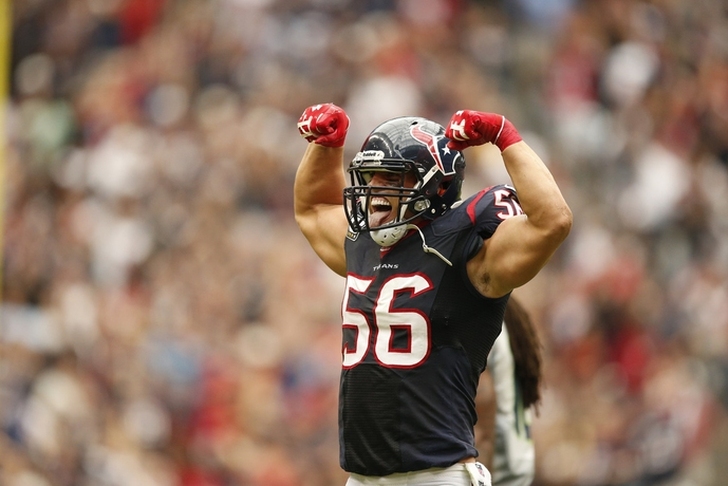 The 2015 NFL Trade Deadline is less than 24 hours away, which means the Oakland Raiders' front office has a very tight window of time to work with if they want to get a deal done before Tuesday afternoon. With that in mind, here are the 3 Raiders Trade Rumors You Need To Know Before The Deadline.

Eric Edholm of the Yahoo! Sports believes that the Raiders would be a fantastic fit for the veteran Houston Texans linebacker:

"Cushing makes way, way, way too much money, and the Raiders have oodles of cap space. That does not a perfect trade make, but the Raiders have phased out Curtis Lofton and the Texans would love to get out from under Cushing’s deal. Most likely is that they just release him in the offseason. But the Raiders are the one team that could afford a contract like that and add LB talent to help them in their push to make the playoffs."

Raiders DC Ken Norton coached Cushing for his four years at USC, so there's enough of connection to think that Cushing would be a great fit for Norton's schemes. Whether the Raiders would be willing to part with the draft picks necessary to land him is another question entirely.

The Cleveland Browns have reportedly made everyone and anyone not nailed down available on their roster, including linebacker Barkevious Mingo:

#Browns have made it known they're willing to trade LB Barkevious Mingo, their 2013 first-round pick, source told https://t.co/o11vJSOExu

There have been some unsubstantiated Twitter rumblings about the Oakland Raiders' potential interest in the former first-round pick, but they likely wouldn't be willing to part with much to get him. A potential deal seems like pure speculation at this point, so take it all at face value.

Now that WR Brice Butler has made an appearance on the Dallas Cowboys' 53-man roster, their trade with the Oakland Raiders has now officially been finalized.

Dallas will now have to give Oakland their fifth-round pick in the 2016 NFL Draft, receiving Oakland's sixth-rounder in exchange. The Cowboys acquired Butler back on September 16th as insurance three days after Dez Bryant went down with a foot injury.