3 Raiders Players Who Could Have A Breakout Season In 2018 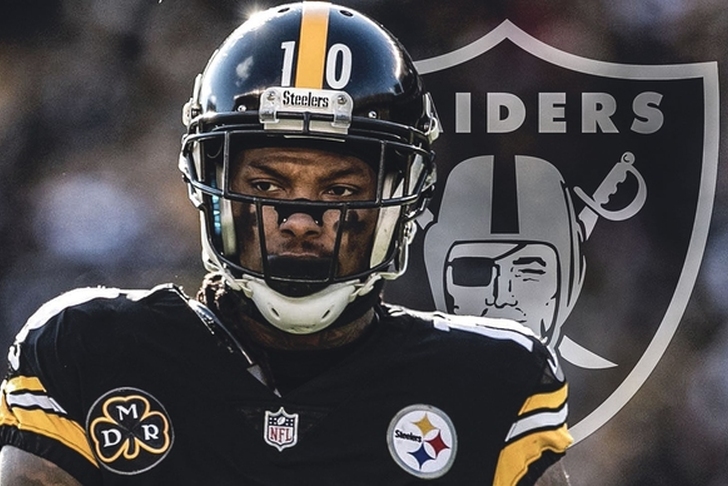 Who will have a breakout season for the Oakland Raiders in 2018? There are a lot of Raiders rumors swirling around Oakland with all the big time moves the team has made this offseason. If the Raiders want to improve on their 6-10 season from 2017 and make the playoffs in 2018, they will need some of their key players to step up. Here are three players that could have a breakout season for the Raiders in 2018:

Irvin joined the Raiders in 2016 and has been solid on defense for Oakland. This year will be unlike the previous two though. Irvin will be moved to defensive end and he may hit the double-digit sack total mark for the first time in his career. Irvin was named to the NFL's top 100 at No. 85 for 2018 and if he records double-digit sacks this season he may be even higher next season.

Amari in his first two seasons was great in Oakland racking up at least 70 catches and 1,000 yards. Only three wide receivers in NFL history can say they have accomplished that feat. In year three which is normally known as the "breakout year" for wide receivers, Cooper struggled hauling in only 48 receptions for 680 yards and seven touchdowns. Raiders head coach Jon Gruden has stated he wants Cooper to be the focal point of the offense which should lead to a breakout season for the 24-year-old.

Bryant was traded to the Raiders this offseason and has a chance to have a breakout season with his new team. Bryant had a great rookie campaign in Pittsburgh scoring eight touchdowns in 10 games. However, after serving a season-long suspension in 2016, the Steelers replaced him with wide receiver JuJu Smith-Schuster. Bryant has the talent to be a star in this league and if he can get a connection with Derek Carr it could happen in 2018. Think about this, in 36 games he has 126 receptions for 1,917 yards and 17 touchdowns.