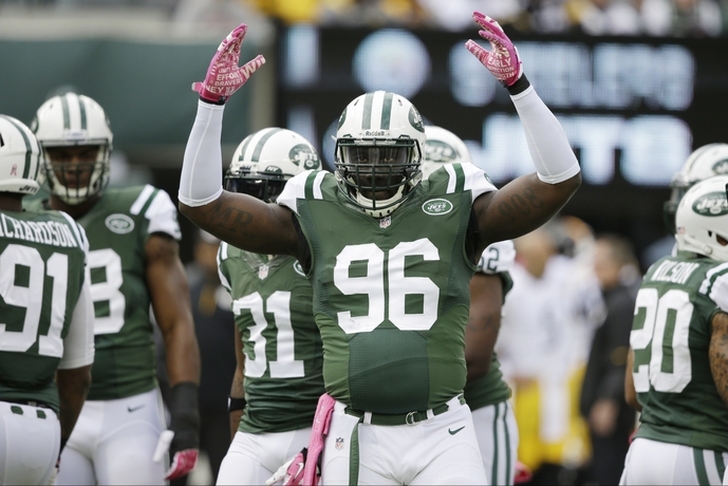 The NFL Draft will start in just over a month, and there will be plenty of trades. That's just the nature of the draft, although those trades are very difficult to predict. One of the teams that could be movers early in the draft is the Oakland Raiders. General manager Reggie McKenzie has been willing to make deals in the past, and that could be the case this year.

To help determine the value of each pick and what it would cost, we're using the NFL trade value chart. While the trade values won't match up exactly, we tried to get them as close to even as possible. With that in mind, here are three trades the Raiders could make in the NFL Draft.

The 49ers love to move down, and they could do so if they think they can still get Jared Goff or whomever they are targeting. Doing this would allow the Raiders to go get a CB, jumping teams like the Bears, Dolphins, Buccaneers and Eagles in the process. All of those teams could take a CB like Vernon Hargreaves. While the Raiders get much better value in this deal, they might not want to part with a 3rd and a 4th rounder.

If the Broncos are still looking for a QB by the time the NFL Draft rolls around, they might get a bit desperate. Jared Goff and Carson Wentz will be too expensive for the Broncos to go get, but they could move up and take Paxton Lynch. He'd be a good fit for Denver, but the Rams are a likely candidate to take him. Trading with the Raiders would let the Broncos jump Los Angeles. It's a steep price to pay, especially to a division rival, although the Raiders are getting slightly less than even value in this deal. The Broncos might want to give up two firsts, especially if they're able to swing a trade with the 49ers for Colin Kaepernick.