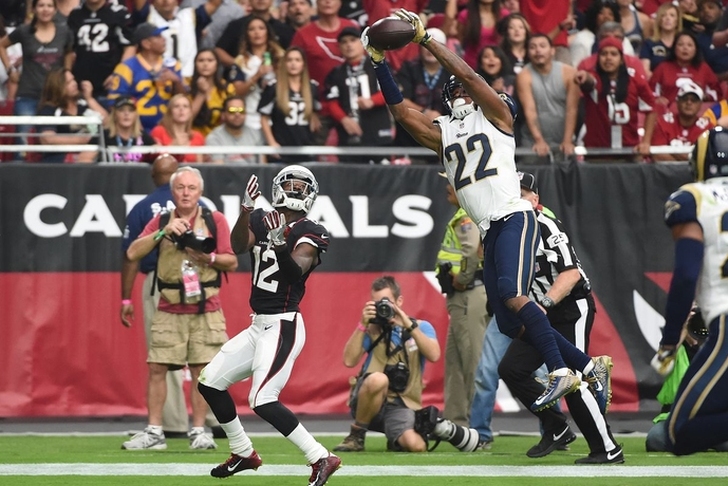 The Raiders rumors are full steam ahead with the NFL new year starting March 14th at 4 pm ET. Prior to 4pm ET on March 14th, teams must submit qualifying offers to their restricted free agents and all teams must be under the salary cap. The Oakland Raiders right now sit with $27.2 million in cap space, which is the 19th most in the NFL. The Raiders are moving forward to 2018 after a frustrating season finishing 6-10 last season, to make sure that doesn't happen again Oakland may look to add some free agents.  Here are three payers the Raiders could sign in NFL free agency: The Raiders need help at the cornerback position after cutting cornerbacks David Amerson and Sean Smith. The Raiders are competing with the 49ers for Trumaine Johnson who is regarded as the top corner on the market. Johnson had 65 tackles, two INTs, one FF, and one TD in 2017. His market value according to Sportac is around $13.6 million per year, which means the Raiders should be able to sign him. Adding Johnson to the Raiders would be a huge lift for a team that struggled to cause turnovers last season.

The Raiders this offseason have shown interest in improving their defense and what better way to do so than signing Suh? Oakland was a popular rumor destination for Suh in 2015 and with the Raiders clearing cap room today by cutting cornerback Sean Smith, they may be gearing up to sign Suh. The Raiders finished with only 31 sacks in 2017 which ranked 24th in the NFL. Suh is 31-years-old and remains an elite player in the trenches, which he proved that last season with 48 tackles, 4.5 sacks and forced two fumbles.

The Raiders need to add talented depth at the linebacker position and Keenan Robinson would be a great fit. Robinson signed a one-year $3 million contract with the Giants in 2017 and will be in the same price range for 2018, which is affordable for Oakland who can't afford to spend a lot. The Raiders may select a linebacker with their first-round pick in the 2018 NFL draft and if they resign linebacker NaVorro Bowman this will make the linebacker position less of a need. Robinson is only 28 years old coming off a season where he played in only six games. However, in those six games, he was productive with 32 tackles.