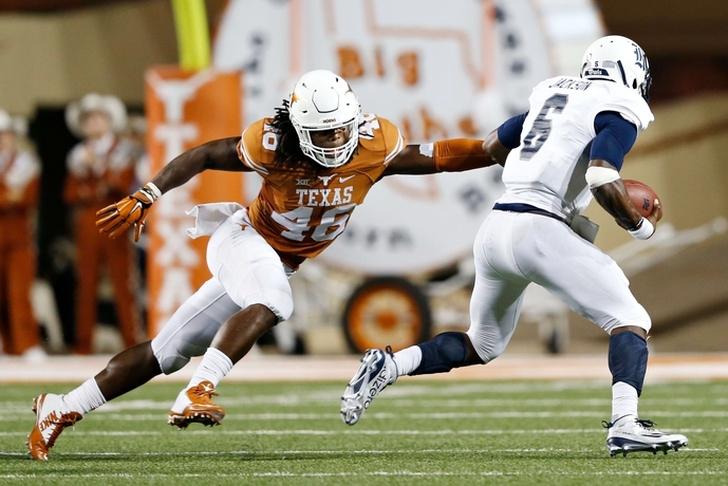 The Oakland Raiders were one of the biggest disappointments in the NFL this season, posting a 6-10 mark that will give them either the No. 9 or No. 10 pick in the draft (coin flip with the 49ers). Which prospects will they be looking at with the selection? Here are Oakland's three most likely targets in the first round of the draft:

Oakland has needed to spend some real draft capital on a linebacker for some time, and Jefferson has all of the tools to be a game breaker against both the run and in coverage. Jefferson is finally starting to live to his potential as a dynamic linebacker, leading the Longhorns in tackles, tackles for loss, and sacks. He'd fill a huge hole in Oakland. Ridley's numbers won't wow you because he plays in Alabama's run-heavy offense, but don't let that fool you - he's a virtual lock to be the top wide receiver taken in the draft. He's the best route-runner we've been in some time with good hands and excellent speed, making him a nightmare matchup at just 6-foot-1 and 190 pounds. Oakland needs to find a long-term answer for Michael Crabtree, who doesn't have any guaranteed money left on his deal, and they need depth at the position. Ridley will provide that and more.

Nelson is clearly the best interior offensive lineman in this class and Oakland would be smart to invest in keeping Derek Carr upright - especially considering how his injury sunk their season in 2016. They need to improve the interior, which will help their running game that was surprisingly stagnant last year.