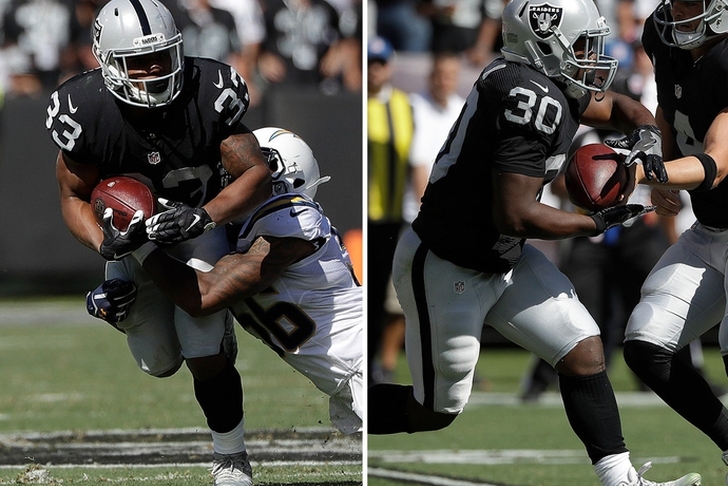 The Oakland Raiders have already made a flurry of moves this offseason, including a good number of cuts. We all know that cuts are a major part of the NFL preseason, and as we approach the start of training camp, which notable Raiders may be the best to be released? Here are the three most likely: Seth Roberts is entering his fourth year in the NFL and has yet to emerge as a solid receiving option for the Raiders. In three years he has yet to surpass 45 catches, 500 yards, and score more than five touchdowns. Last season he had 43 receptions, 455 yards, and one touchdown. The Raiders added Jordy Nelson, Martavis Bryant, and Ryan Switzer this offseason, which could mean Roberts will be cut.

There have been plenty of rumors recently swirling around the Raiders potentially cutting one of their running backs. A report that the Raiders will either release DeAndre Washington or fellow running back Jalen Richard was mentioned on the Raiders Report. With the offseason addition of Doug Martin, this could be the end of Washington's time in Oakland.

Hedging my bets here with Richard. Only one running back between Richard and Washington will be released, but the question is which one? The Raiders spent high draft capital in Washington so perhaps they decide to let Richard go. Richard is more of a pass catcher with the ability to break big plays, but has struggled with ball security in the past.