3 Bold Predictions For The Oakland Raiders In 2016 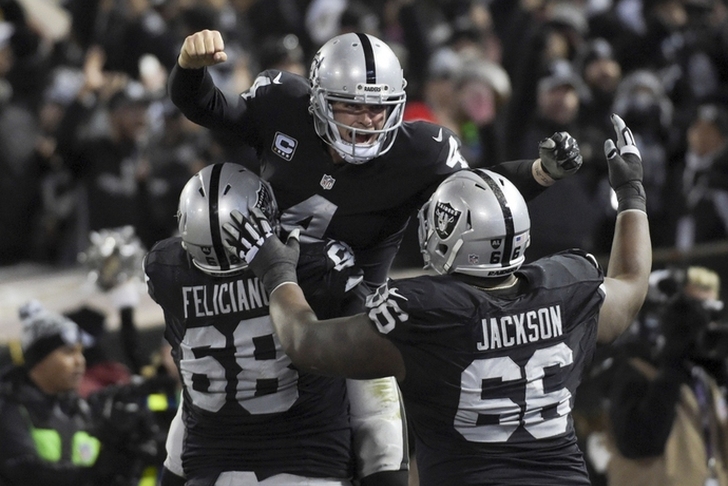 The Oakland Raiders took a big step forward in 2015, winning seven games for the first time in four seasons behind the play of second-year quarterback Derek Carr and first-year head coach Jack Del Rio. As a result, this team has higher-than-normal expectations for the 2016 season - and they should. Here are three bold predictions for this Raiders team next year:

3) Khalil Mack will win Defensive Player of the Year

Mack became the first player to be named an All-Pro at two different positions (outside linebacker, defensive end) this past year, and he's now poised to end J.J. Watt's reign as the best defensive player in the league. He had 77 tackles with 15 sacks and two forced fumbles in 2015 - look for him to take another step forward and get near the 100-tackle, 20-sack plateaus.

2) Derek Carr will be in the MVP race 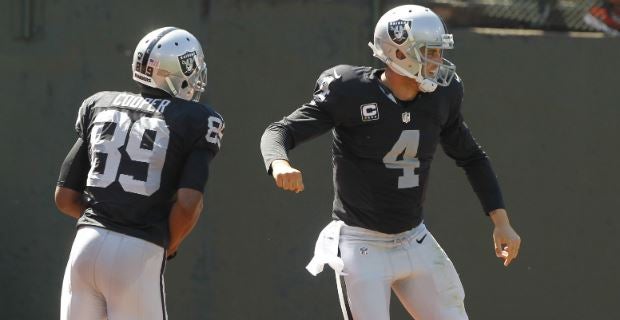 The Raiders are a young team, and they battled through inconsistency and growing pains at times last season. That was to be expected, but 2016 is the year that the Raiders take the next step. Carr, Cooper and Murray's progression are bound to lead to a few more wins, as is this team now being in the second year of Del Rio's system. Throw in the fact that the Broncos and Chargers are expected to have down years, and the time is now for the Raiders to post a winning record and make the playoffs for the first time since 2002.