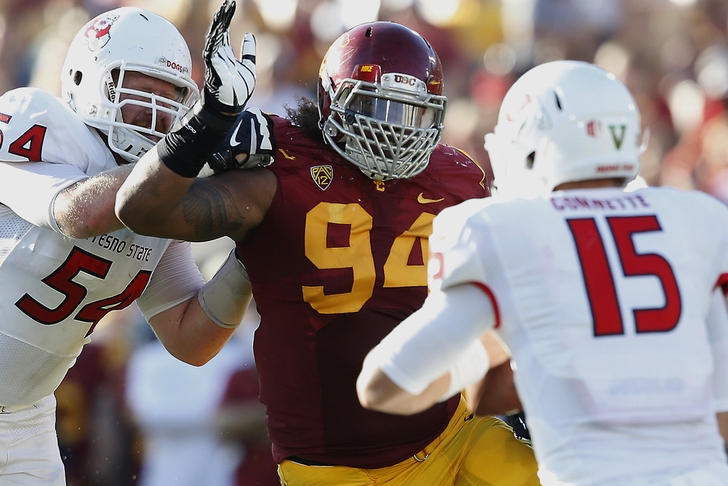 The Oakland Raiders have the fourth overall pick in the 2015 NFL Draft and looked poised to take an impact talent at either receiver or defensive line. Here are 3 Players the Raiders Are Targeting in the First Round of the 2015 NFL Draft:

Oakland's most pressing need may be at wide receiver, but it will be difficult to pass on a playmaker like USC's Leonard Williams at fourth overall. With plenty of receiver depth in the draft, Williams may be the Raiders best option in round one, and there have already been reports that the team covets Williams if he is available. The 6'5", 302 lb. Williams could immediately step in as a defensive leader, much like Khalil Mack did last season.

Amari Cooper to the Raiders seemed like a foregone conclusion a few months ago, but there isn't as much buzz between the former Tide product and the silver and black recently. Still, Cooper is arguably the top receiver in the class (along with Kevin White, who should also be on the board at #4) and would represent a huge long-term upgrade over the likes of James Jones and Michael Crabtree for Derek Carr. This week's Crabtree signing shouldn't effect the Raiders plans to target a receiver in round one and Cooper is ready to start from Week 1 on.

The West Virginia product has been gaining steam ever since the start of the 2014 college season and may have even caught up with Amari Cooper as the top receiver in the draft class. Much like with Cooper, the recent Crabtree signing shouldn't have much bearing on Oakland's need for a future number one receiver, which White fits the profile of. The Raiders are in an enviable situation, with the opportunity to select one of Williams, Cooper and White, or potentially trade out of the top five for more picks.