3 Oakland Raiders Players That Need To Step Up In 2015 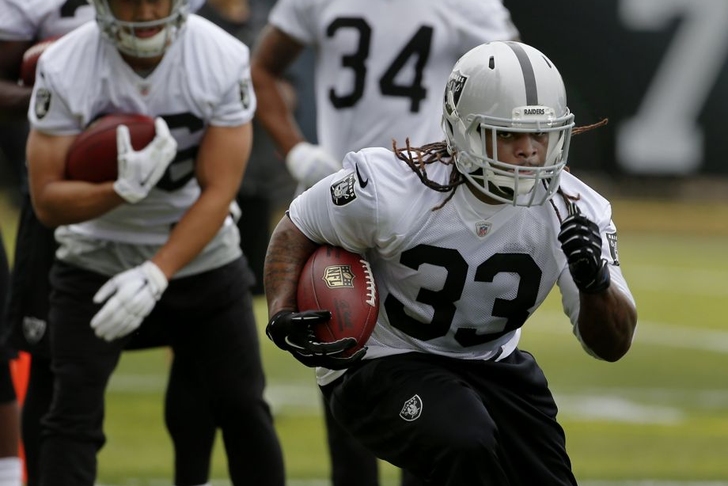 The Oakland Raiders had a season full of growing pains in 2014, but three straight home wins to close things out and an impressive run from free agency through the draft has Raiders fans buzzing. However, for all of this to translate to wins in 2015, these next three guys will likely have to put in big-time performances for the Silver and Black. Here's our list of 3 Oakland Raiders Players That Need To Step Up In 2015. 2014 was a fantastic season for Carr by NFL rookie standards, but there were still plenty of mistakes from a pocket presence and progressions standpoint that need to be sured up for him to move into the upper eschelon of NFL starting quarterbacks. He's got the talent and drive to do it and a new weapon to play with in Amari Cooper. If he can put it together and make the leap in year two, wins will follow. Hayden has yet to put more than a healthy half-season together over his first two years with the team. While he showed flashes of #1 corner potential upon his return from injury in the second half of last year, Raiders management is banking on him both staying out of the doctor's office and becoming the shutdown defensive back worthy of his pure athletic gifts.

The Oakland Raiders took a low-risk flyer on the oft-maligned former Browns/Colts running back, and he'll have to battle for carries with explosive incumbent Latavius Murray and steady veteran acquisition Roy Helu Jr. Richardson is still just 24 years of age, but this still stands as a crucial tipping point in the career of the #3 pick in the 2012 NFL Draft. If he produces, the Raiders' offense will become that much more potent.