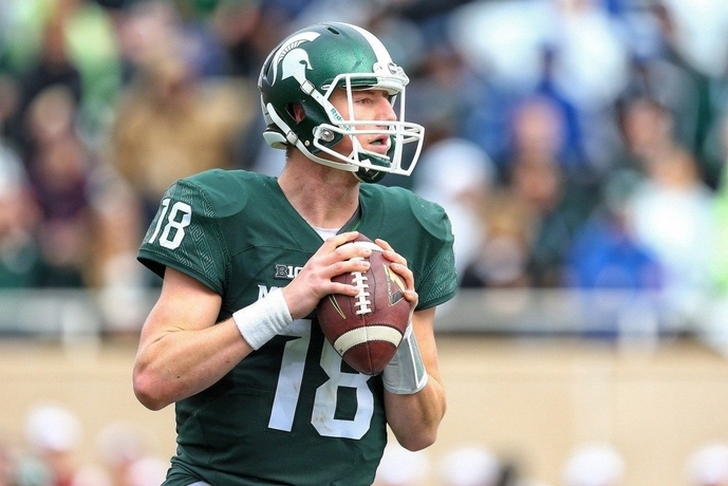 With the 100th pick in the fourth round (via trade), the Oakland Raiders have selected QB Connor Cook from Michigan State.

Scouting Report: Cook was a four-year starter at Michigan State and won plenty of games in a pro-style system. An intelligent QB, Cook also has the skill set and size teams want. However, he never completed 60 percent of his passes at MSU and there are concerns about his accuracy. His leadership abilities have also been questioned.