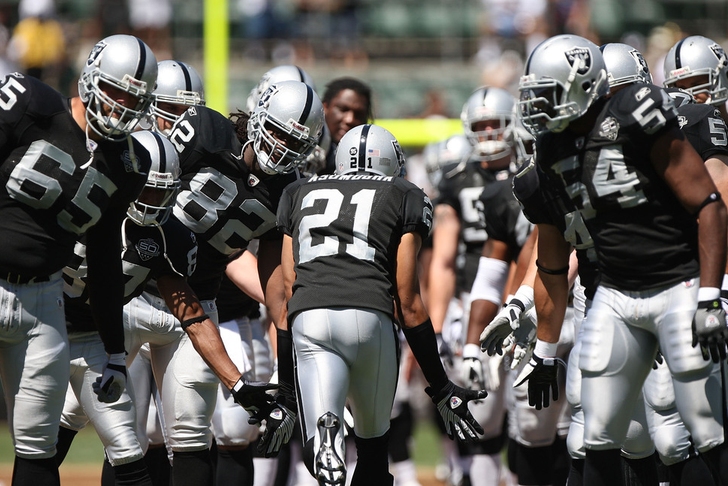 Raider Nation is out in full force on Twitter, and more fans are signing up every day. For both new users and Twitter veterans, we put together a quick list of must-follow Raiders accounts - these writers, players and fans are excellent sources of news and interesting Raiders content.

A Raiders writer for the SF Chronicle, Tafur mainly tweets about Bay Area sports but focuses primarily on the Silver & Black. Tafur has great access and insight into the Raiders organization, and often answers questions from his followers. He's a fantastic resource for Raider Nation, and if you aren't already following him, you should fix that immediately.

The second Raiders writer named Vic on our list isn't quite as well known, but he also brings excellent news and analysis to his followers. Cotto has been a fantastic source of information on the Raiders' free agency targets and draft plans, and if you want an inside look at what the organization is up to, Cotto is your guy.

The second-year DE out of Penn State doesn't just have one of the best handles on Twitter - he's also one of the most entertaining Raiders to follow. While he tweets about a wide range of topics, don't be surprised if you catch the London native talking about the other kind of football...he's a major Arsenal fan.

Streater caught our attention in 2013 as he flashed impressive potential on the field, and his Twitter account is a nice way to get to know him a little better. Can you really say no to someone who's Twitter bros with MC Hammer?

The Raiders' second-year punter is extremely active on social media, and he regularly takes part in team initiatives like the recent cross-promotion with the San Jose Earthquakes. Whether he's tweeting inspirational advice or interacting with fans, King's Twitter is a great window into his persona off the gridiron.

One of the Black Hole's most recognizable landmarks is on Twitter, and he just so happens to be a great guy. He tweets mostly about the Raiders (surprise suprise) and the passion he brings to the Coliseum is evident in pretty much everything he posts.

A vocal member of the Raiders' Twitter community, Scott also helped the #DJaxToOakland movement (covered by dozens of major news outlets) gain serious steam. Always up-to-the-minute on the latest Raiders news, following this account is a great way to keep your finger on the pulse of Raider Nation.

Another active, knowledgeable Raiders fan. Charley is an aspiring sportswriter who tweets about a variety of other teams and sports, but the analysis is always on point. With a great eye for cool articles and interesting Raiders content, maybe he'll even turn you into a hockey fan.

We couldn't put this together without giving our own Raiders account a shameless plug - check it out for the top Raiders & NFL stories from around the web.

Did we miss anyone? Let us know on Twitter @ChatRaiders or in the comments section below!