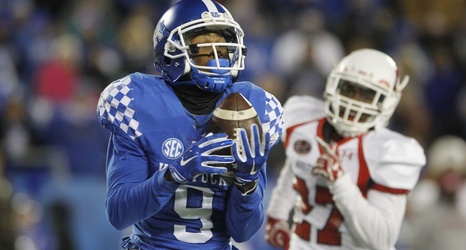 Yet another transfer target has emerged for the Kentucky Wildcats, and this one comes from within the SEC.

Pinson, a Chicago native who played with Mac Irvin as a high school recruit, just entered the transfer portal on Tuesday, so Kentucky wasted little time in reaching out to the graduate transfer.

As a junior this past season, Pinson averaged 13.