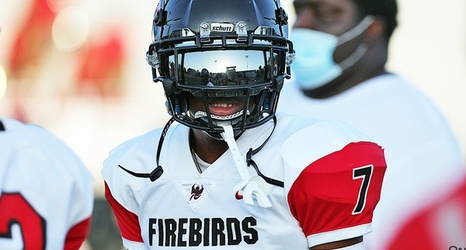 Lexington Christian Academy now has its first-ever Gatorade Player of the Year. LCA senior running back Xavier Brown, who is committed to play football at Virginia, was named the Gatorade Kentucky Football Player of the Year on Tuesday morning.

Xavier Brown is a 5-11, 175-pound running back who committed to the Virginia Cavaliers back in July. He’s considered a three-star prospect by On3, the 74th best RB in the country, and a top-10 recruit out of Kentucky from the class of 2022. Before choosing UVA, Brown also held offers from the likes of Wisconsin, West Virginia, Boston College, and Maryland.