Will Levis tabbed Walter Camp Connecticut Player of the Year 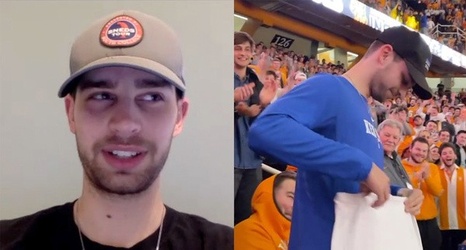 On Wednesday, it was announced by the Walter Camp Football Foundation that Levis has been named as a co-winner of the 2021 Connecticut Player of Year award, presented by Talent Champions Council. He’ll split the award with Miami (FL) Hurricanes QB Tyler Van Dyke, who hails from Glastonbury, CT. The honor is gifted to the top college football player(s) who is either a resident or at one point played at a high school from Connecticut.