Will Levis earns respect for lowering shoulder against Missouri 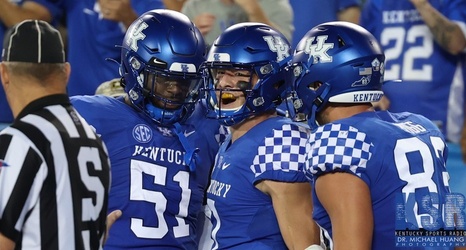 When Kentucky landed quarterback Will Levis from the transfer portal in the offseason, there were some questions about how he would fit in Liam Coen’s offense. There were some accuracy concerns, but the tape showed a big arm.

However, no one questioned his rushing ability after being used as a glorified wildcat quarterback at Penn State for offensive coordinators Ricky Rahne and Kirk Ciarrocca.

In three seasons, Will Levis would carry the ball 148 times for seven touchdowns. Quite often, the former three-star recruit was asked to pick up some tough yards for the Nittany Lions. After only taking off for one scramble against ULM, Levis showed that rushing ability against Missouri.