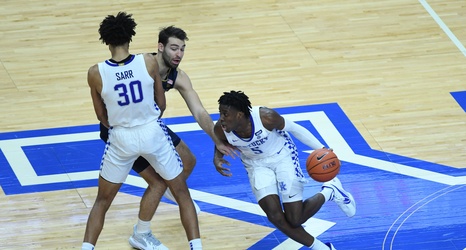 “You can kind of just put him out there, and he can do a bunch of different things,” assistant coach Jai Lucas said. “I don’t think he fits in one lane at all.”

No more. As of Saturday, Clarke officially has a position for the Wildcats.

“I like Terrence at point guard,” Kentucky coach John Calipari said after UK’s 64-63 loss to Notre Dame. “I like having his hands on the ball.”

Among the long list of issues plaguing Kentucky through the first four games, point guard play ranked near the top.