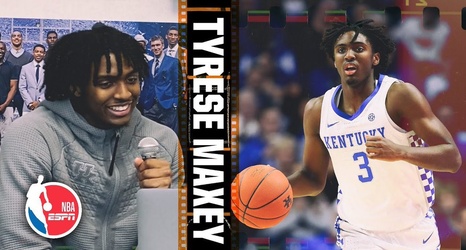 What do the Kentucky Wildcats watch on film? You rarely get to know specifics of what happens behind closed doors. That’s what makes this video with ESPN so intriguing.

ESPN’s Mike Schmitz spends years scouting basketball prospects before they enter the NBA Draft. Instead if simply talking about Maxey’s style of play over some game footage, he spoke with Maxey for more than 30 minutes as they watched some of the Wildcat’s tape from the first two months of the season.

What really makes this must-watch TV is that Schmitz does not shy away from criticizing Maxey.