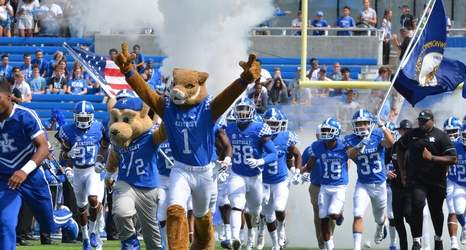 At the end of the 2018 football season, the Kentucky Wildcats finished 12th in the final rankings after defeating Penn Station in the Citrus Bowl. After losing a ridiculous amount of talent from that team, many set the bar very low for the 2019 squad. Now that the dust has settled on the season, USA Today has re-ranked all 130 teams. Where did the Wildcats end up?

Right off the bat, USA Today disagrees with the College Football Playoff rankings as they list Ohio State ahead of LSU at No. 1. So it is impossible to know how Kentucky’s position would measure up if the CFP rankings extended past No.