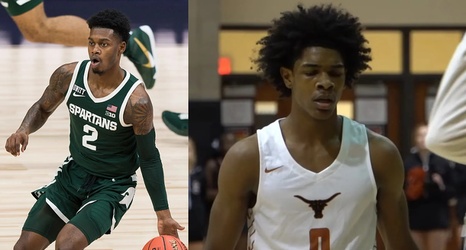 With Kentucky still searching for their point guard for the 2021-22 season, they have a multitude of fliers out in the NCAA transfer portal, which will be the likely source of any new additional players for John Calipari’s roster.

But, that’s not to say that Kentucky still isn’t recruiting the high school ranks. For a while, Kentucky has long been in the mix for one of the top guards in the class of 2022, Scoota Henderson, out of Georgia. Henderson is ranked the No. 14 overall player in the class of 2022 by 247 Sports.

According to Ben Roberts, Kentucky assistant Bruiser Flint has been on the recruiting trail for Henderson, and Henderson has said that a re-class into 2021 is a possibility, but for now is not likely.