Unranked recruit to SEC Player of the Week, hard works pays off for Calvin Taylor 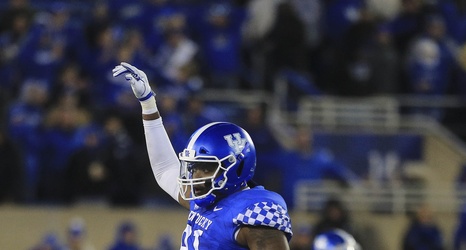 Calvin Taylor Jr. has become a real force on Kentucky’s defensive line in his senior season for the Wildcats. Matter of fact, this week he earned the league’s SEC Defensive Lineman of the Week award for his performance in last Saturday’s game against Missouri, in which he totaled three tackles, including a career-high two quarterback sacks, as well as a forced fumble on one of those sacks.

Taylor currently ranks third in the conference with five sacks this season.

It is hard to imagine anyone saw this coming when Taylor signed to Kentucky’s 2015 recruiting class as an unranked offensive lineman out of Augusta, Georgia.